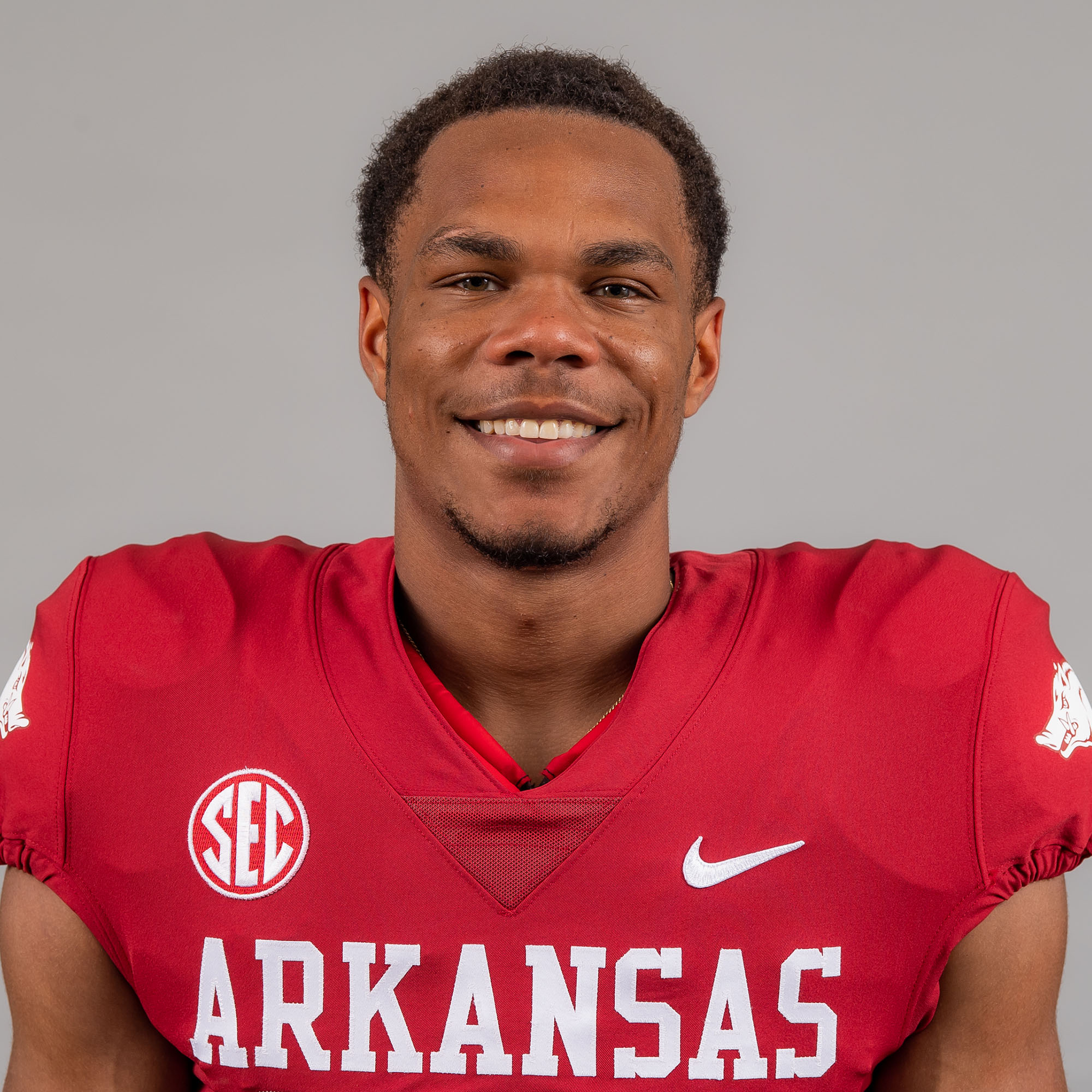 2019 (REDSHIRT SOPHOMORE): Played in the last two games of the year at LSU (Nov .23) and against Missouri (Nov. 29) in Little Rock … Totaled eight plays, all in special teams coverages, according to Pro Football Focus.

2018 (REDSHIRT FRESHMAN): Played in the season opener against Eastern Illinois during his redshirt freshman season with the Razorbacks in 2018 … Totaled two snaps on the punt return unit in the game, according to Pro Football Focus.

HIGH SCHOOL: A consensus three-star prospect by ESPN, 247Sports, Rivals and Scout … Ranked the No. 16 player in the state of Oklahoma by 247Sports, No. 17 by Rivals and No. 19 by ESPN … Rated the No. 3 cornerback in the state of Oklahoma by Scout as well as the No. 7 midland cornerback … Tabbed the No. 40 cornerback in the class by Scout … Played both running back and cornerback at Jenks High School … Part of three state champion football teams at Jenks High School … Helped Jenks High School to an 11-1 overall record and an appearance in the Oklahoma Class 6A-1 state semifinal … Named to the 6A-1 All-District team … Had 22 tackles and four interceptions, including three returned for touchdowns … Racked up 1,288 all-purpose yards to average 161.0 per game … Rushed 63 times for 784 yards and a 12.4 yard per carry average … Found the end zone nine times on the ground … Caught 8 of 12 targets for 177 yards and a TD … Had 167 yards and one TD on four kickoff returns … Scored the game-winning touchdown from 7-yards out with 1:14 left to lift Jenks High School past Union 35-28 in the MidFirst Backyard Bowl, while playing through a thumb injury … As a junior, rushed for 781 yards and 12 TDs … Added 308 receiving yards and two TDs on 14 receptions … Named to the All-State team as a defensive back after recording 23 tackles, 10 pass breakups and

two interceptions, including one returned for a score … Had eight rushes for 133 yards and a TD to go along with a 46-yard reception and a key pass breakup in a 33-17 win against Union in the Class 6A-1 semifinals … Rushed four times for 105 yards, including an 80-yard touchdown run in the 41-23 season-opening win over No. 5 Owasso … Also caught two passes for 26 yards and took an interception back 30 yards for a score … Played 13 games as a sophomore … Tallied 34 stops and one interception, including one returned for a TD … Also had 2.0 tackles for loss and forced a fumble … Carried the ball 11 times for 169 yards and three TDs … Returned six kickoffs for 138 yards and a touchdown … Coached by Allan Trimble … Also played basketball and was a member of the track and field team at Jenks High School … Chose Arkansas over offers from Kansas State, Texas Tech, Purdue, Illinois, Iowa State and others.

PERSONAL: Born on Dec. 24, 1998 … Son of Connie and Louis Curtis … Father, Louis, played football at Wisconsin and Tulsa and is a member of the University of Tulsa Hall of Fame … Has a younger sister, Mya … Undecided on a major.