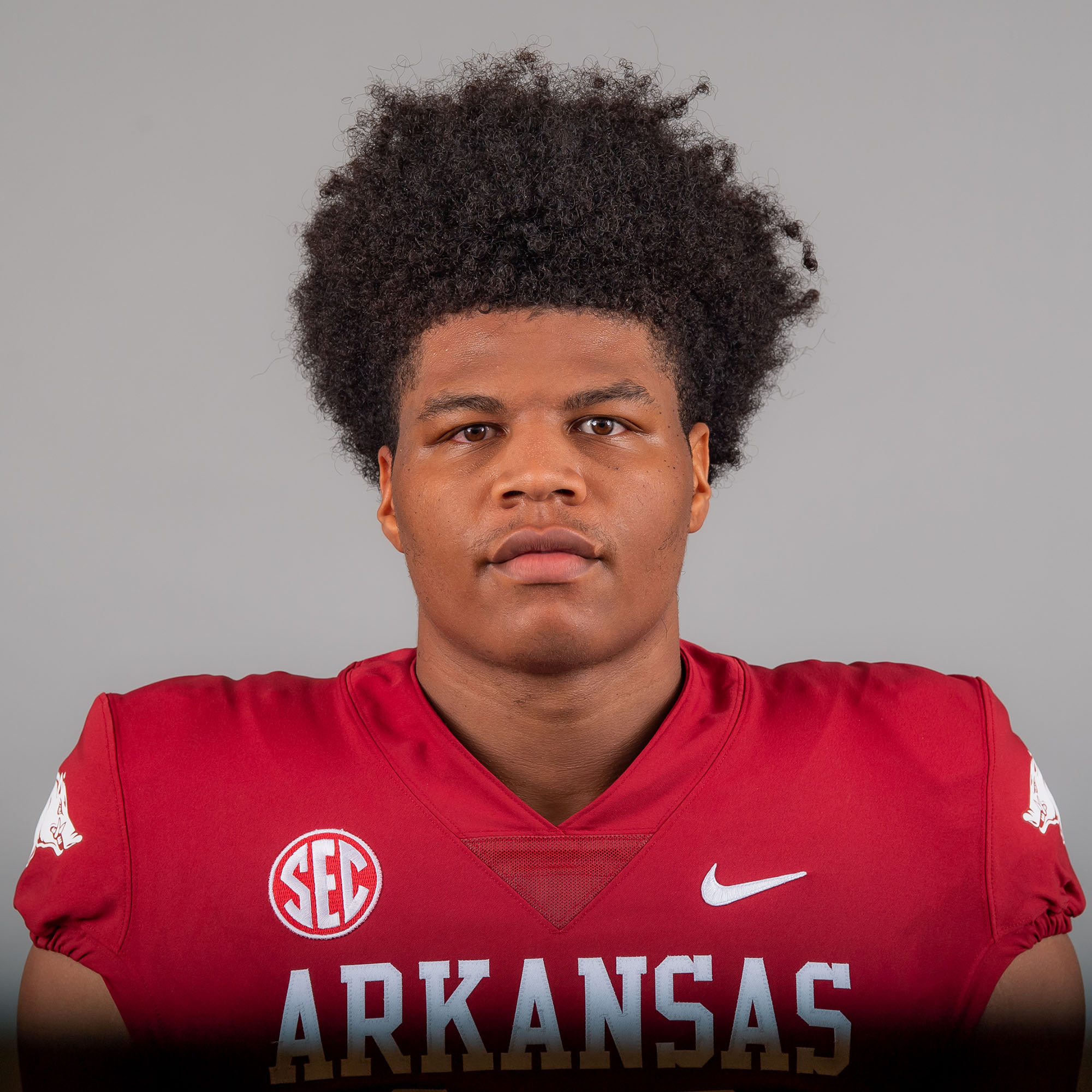 2020 (JUNIOR): In his first game as a Razorback, made one tackle with a quarterback hurry against No. 4 Georgia (Sept. 26) … Registered four tackles with 1.0 sack in the win over Ole Miss (Oct. 17) … Made a season-high six tackles while making 1.0 tackle for loss in the win over Tennessee (Nov. 7) … Registered three tackles, all solo, with 1.0 sack, a forced fumble and a quarterback hurry at Missouri (Dec. 5).

PRIOR TO ARKANSAS: Three-star prospect by 247Sports … Rated as the No. 13 junior college strongside defensive end in the country and No. 14 player in the state of Illinois by 247Sports … Played his 2019 season at East Mississippi Community College in Scooba, Mississippi … Tallied 30 tackles in 10 games, 19 solo, with nine tackles for loss and six sacks … Also forced two fumbles, recovered two and broke up two passes … Fifteen of his 30 tackles came during conference play, along with five of his six sacks … Spent his first year of college ball at Ellsworth Community College in Iowa Falls, Iowa … Played offense for the Panthers, lining up at tight end … Hauled in six passes for 62 yards, while also carrying the ball once for seven yards … Spent his prep days at Guilford High School in Rockford, Illinois, letting in both football and basketball … CHOSE ARKANSAS OVER: Colorado, Nebraska, Oregon and others.