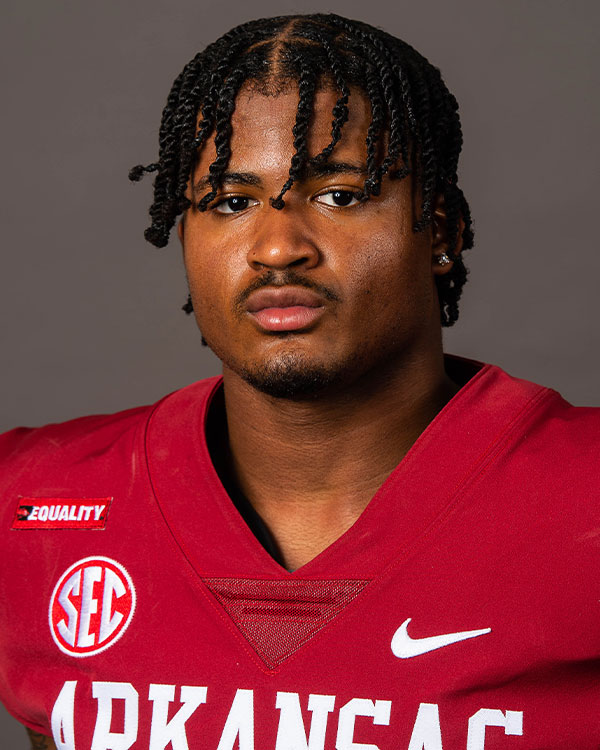 2021 (FRESHMAN): Redshirted during his first season and did not appear in any games.

HIGH SCHOOL: Consensus three-star prospect by 247Sports, Rivals and ESPN … Rated the No. 2 player in Oklahoma by Rivals and No. 10 by 247Sports … Rated the No. 32 cornerback in his class by 247Sports … Ranked No. 8 on the Oklahoman’s Super 30 list … In addition to playing corner, also lined up at strong safety for head coach Jonathan Brown at Booker T. Washington High School … As a senior, played in seven games and made 20 tackles with 1.0 tackle for loss, one interception and one forced fumble … Played in nine games his junior season, making 45 tackles with 1.0 sack, two interceptions and 14 passes broken up, while going 6-5 and reaching the state playoffs … Saw action in 10 games as a sophomore, registering 29 tackles and three interceptions for a Booker T. Washington squad that reached the state semifinals … Also competed in track and field … CHOSE ARKANSAS OVER: Baylor, Kansas, Michigan State, Nebraska, SMU and others.