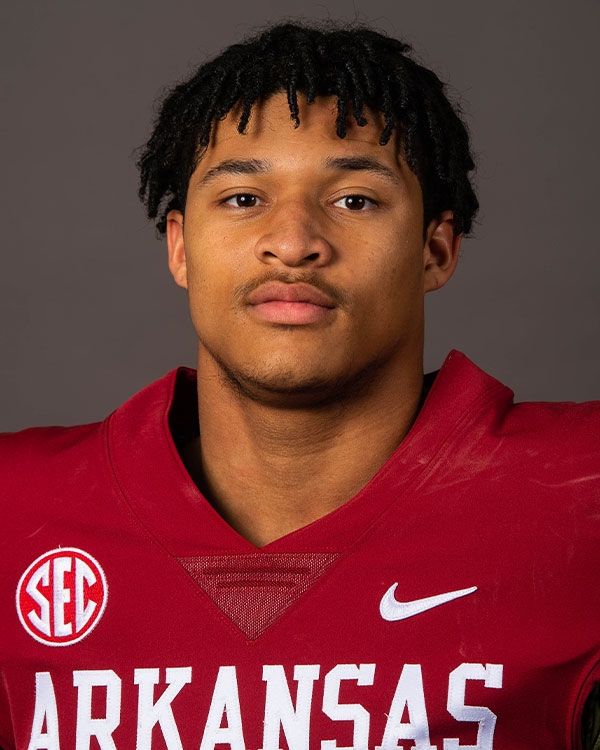 2021 (SOPHOMORE): Played in five games … According to Pro Football Focus, played 90 snaps with 73 on defense … Recorded five tackles, including four solo stops, and one pass breakup on the season … Saw first action of the year against Georgia Southern (Sept. 18), recording one solo stop … Made a season-high two tackles in win over UAPB (Oct. 23) … Logged a solo stop at Alabama (Nov. 20) … Registered one solo tackle against Penn State (Jan. 1) in Outback Bowl victory.

2020 (FRESHMAN): Played in nine games and earned first career start at cornerback … Registered eight total tackles (3 solo) and one pass broken up … Made first collegiate tackle and pass broken up while recording four total stops at Auburn (Oct. 10) … Made one tackle in the win against Ole Miss (Oct. 17) … Recorded three tackles at Florida (Nov. 14) … According to Pro Football Focus, played 110 defensive and 90 special teams snaps … Earned a tackling grade of 73.5 against Ole Miss.

HIGH SCHOOL: Three-star prospect by 247Sports and ESPN … Rated as the No. 14 player in the state by 247Sports … Letterwinner at Suffield Academy in Suffield, Connecticut … Played on both sides of the ball, recording 36 tackles, one for loss, with four interceptions, a pick six, two forced fumbles and 12 pass breakups as a senior in 2019 … Helped the Tigers to a perfect 9-0 record and the 2019 New England Preparatory School Athletic Council Class A Championship … He tallied 29 receptions for 578 yards and five touchdowns, carrying the ball 10 times for 55 yards on the offensive side of the ball in his final year of prep ball … CHOSE ARKANSAS OVER: Georgia, Navy, Pittsburgh and others.