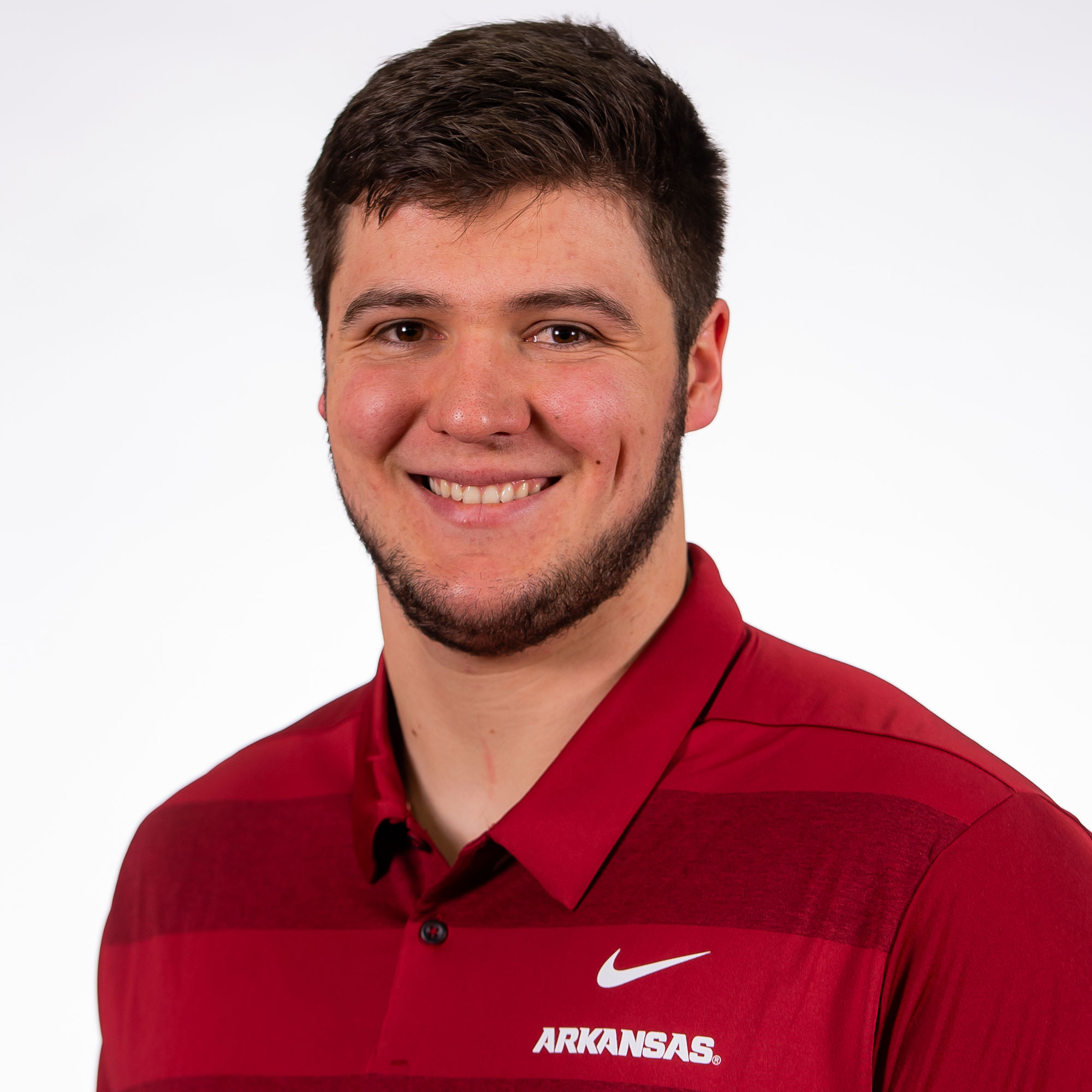 2018 (REDSHIRT-FRESHMAN): Played in four games during his redshirt freshman year with the Razorbacks, starting the season opener against Eastern Illinois at the left guard position … Also appeared in the next two contests at Colorado State (Sept. 8) and North Texas (Sept. 15), as well on the road at Mississippi State (Nov. 17) … Worked a total of 65 snaps, including 56 on the offensive line and nine on special teams, according to Pro Football Focus … Recorded an 80.4 pass blocking grade from PFF against UNT at the right guard spot, his highest mark of the season by the outlet … Did not allow a sack over his 56 snaps on the O-line … Helped the Arkansas offense to 4,028 yards of total offense, scoring 28 touchdowns, which featured 2,307 passing yards and 17 touchdowns through the air.

HIGH SCHOOL: Enrolled in January 2017 and participated in spring practice … Consensus three-star prospect by ESPN, Rivals, Scout and 247Sports … Ranked the No. 64 player at his position by 247Sports and No. 65 by ESPN … Tabbed the No. 4 player in Arkansas by Rivals, No. 5 by 247Sports and No. 8 by ESPN with a grade of 76 … Rated the No. 1 offensive tackle in Arkansas by Scout … Can play all five positions up front … Primarily played tackle in high school … Coached by Mike Volarvich … Winner of the 2016 Willie Roaf Award, presented to the top Arkansas high school offensive lineman by the Little Rock Touchdown Club … Helped Nashville High School to an 11-1 record with a 7-0 mark in conference play in 2016 … Paved the way for Nashville to rush for 3,525 yards with a 9.1 per rush average and pass for 2,675 yards … Blocked for three different players to combine for 13 100-yard rushing games … Helped the Scrappers go 15-0 and win the state championship as a junior in 2015 … Chose Arkansas over Iowa State, Louisiana Tech, Indiana, Southern Miss and Arkansas State.