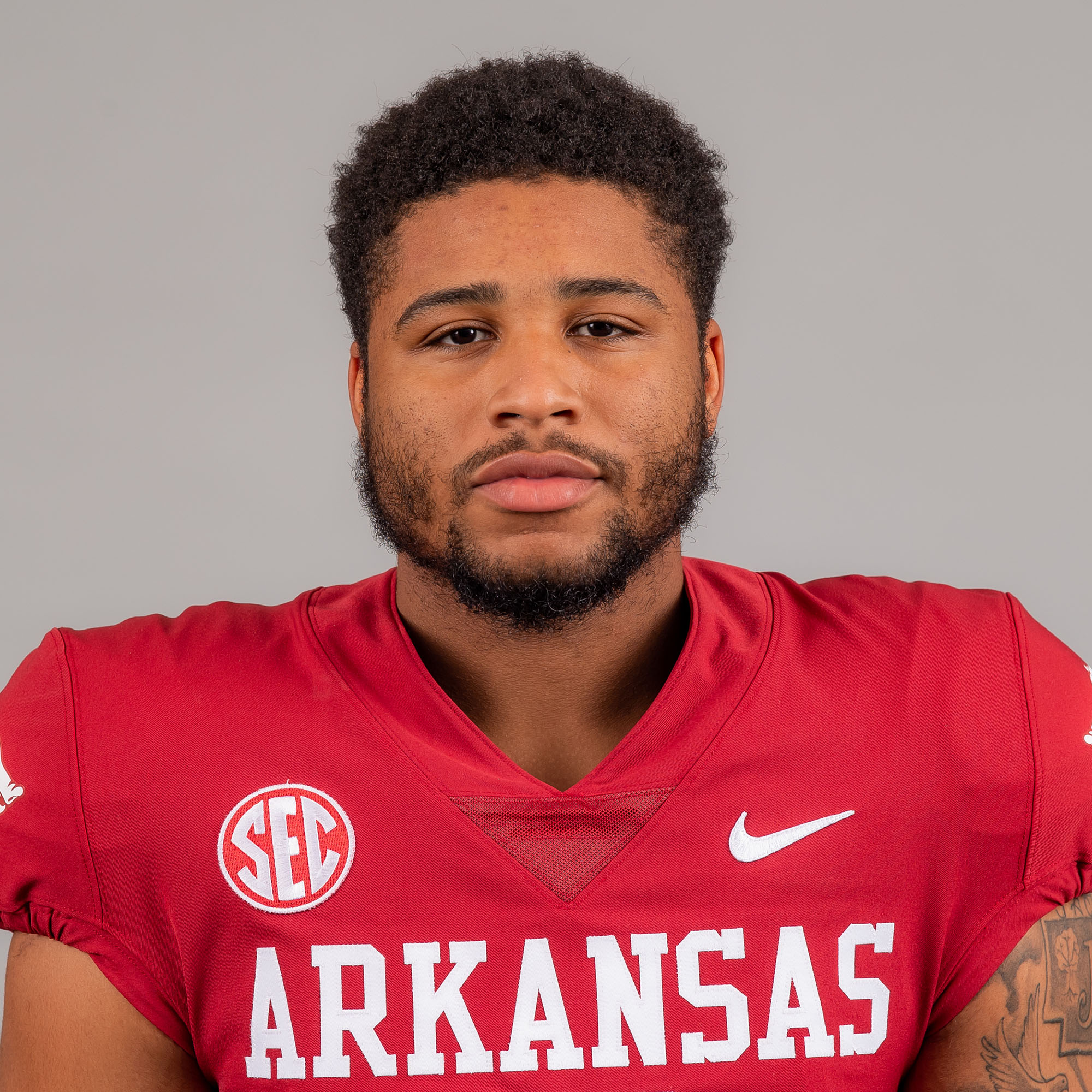 2019 (REDSHIRT JUNIOR): Played in 11 of 12 games for the Razorbacks in 2019, starting once at wide receiver against Texas A&M on Sept. 28 … Totaled 186 snaps over the course of the season, 168 on offense … Recorded three catches for 38 yards, scoring one touchdown … Averaged 12.7 yards per catch … Hauled in his first pass of the season at Ole Miss in the conference opener on Sept. 7, which was a 13-yard pass in the fourth quarter … Scored later on the same drive on a six-yard pass from Nick Starkel for his lone TD of the year … His third reception and longest of the season came against Texas A&M, bringing in a 19-yard pass from Ben Hicks in the third quarter at the start of an eight-play, 84-yard touchdown drive.

2018 (REDSHIRT FRESHMAN): Played in three games for the Razorbacks in 2018, appearing in the season opener and the final two contests of the year … Totaled eight snaps over the course of the three games, all on the offensive side of the ball, according to Pro Football Focus … Caught one pass for 13 yards in the last game of the season at Missouri (Nov. 23) on the final play of the regulation … Targeted twice over his eight snaps played (PFF), with the other coming the week before at Mississippi State on a pass over the middle of the field from within 10 yards of the line of scrimmage.

2017 (FRESHMAN): Redshirted during initial year with the program after a knee injury during fall camp.

HIGH SCHOOL: A four-star prospect according to ESPN … Tabbed as a top-five player in the state of Arkansas by ESPN, 247Sports and Rivals, with a best of No. 2 by 247Sports … Ranked as the No. 26 wide receiver in the class by 247Sports as well as the No. 2 wide receiver in the state of Arkansas by Scout … Rated as the No. 167 overall player in the nation by 247Sports … Helped Joe T. Robinson High School to a 12-2 overall record with a 6-1 mark in conference play in 2016 … Finished his senior season with 57 receptions for 1,206 yards and 12 touchdowns … Added 487 rushing yards and eight touchdowns on 56 carries … Also completed 5 of 9 passes for 80 yards and three touchdowns … Logged seven games of 100 or more receiving yards … Averaged 21.2 yards per catch and 92.8 receiving yards per contest … Racked up 469 receiving yards and nine total touchdowns through the team’s first four games … Totaled 100 or more receiving yards in four of the team’s first five games … Had a streak of three straight 100-yard receiving games later in the season … Rumbled for 141 yards and one TD on 19 carries, while going 1 for 3 passing for 15 yards against Warren High School in the Class 4A quarterfinals … Had four receptions for 106 yards and two touchdowns from 38 and 27 yards out without playing in the second half of Joe T. Robinson’s 51-28 season-opening win over Lakeside High School … Made six catches for 128 yards and a TD in a win over Arkadelphia High School … Hauled in five receptions for 176 yards and three touchdowns to help Joe T. Robinson in a 47-18 win over Fountain Lake High School … Transferred to Joe T. Robinson from Parkview High School following his junior season in 2015 … Produced 3,000 yards of total offense and 38 touchdowns in 2015 as the quarterback for Parkview … Chose Arkansas over Illinois, Memphis, Louisiana-Monroe, Army and others.

PERSONAL: Born on Sept. 20, 1999 … Son of Melanie and two-time All-America and All-Pro tight end Keith Jackson Sr. … Keith, a member of the College Football Hall of Fame, played at Oklahoma from 1984-87 and served as a member of the Razorback Sports Network as a color analyst on radio broadcasts from 2000-16 … Has two brothers, Keith Jr. and Kenyon … Keith Jr., was an All-SEC defensive tackle for the Razorbacks from 2003-06 before playing in the NFL for the St. Louis Rams and San Diego Chargers … Kenyon is a sophomore defensive lineman at Illinois … Undecided on a major.