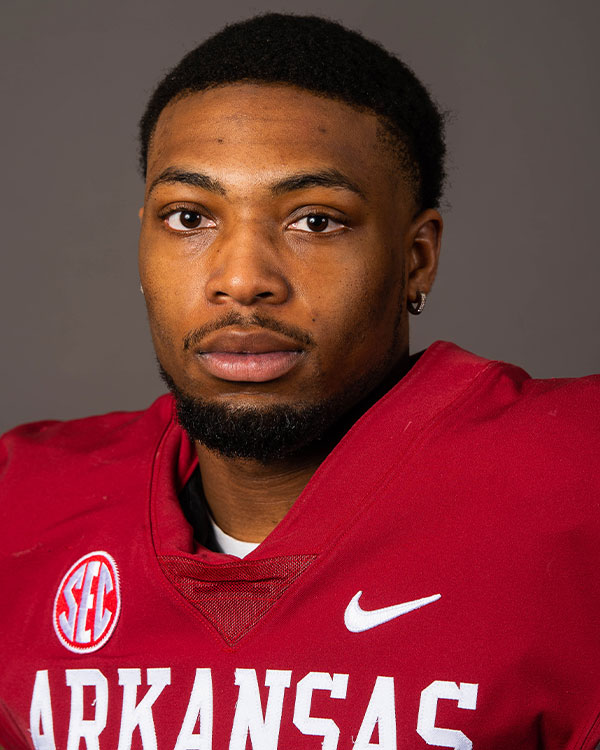 2021 (REDSHIRT SOPHOMORE): Played in 11 games with two starts … Finished with 14 tackles, including eight solo stops, and one interception … According to Pro Football Focus, played in 344 snaps with 198 on special teams and 146 on defense … Collected first tackle of the season against Rice (Sept. 4) … Totaled one assisted tackle against Texas A&M (Sept. 25) … Charted one solo stop against Ole Miss (Oct. 9) … Snagged his first career interception in win over UAPB (Oct. 23) … Carded a career-high four tackles against Mississippi State (Nov. 6) … Finished with two solo stops and played a season-high 51 snaps at LSU (Nov. 13) … Tied his career high with four tackles at Alabama (Nov. 20) … Recorded one tackle against Penn State (Jan. 1) in the Outback Bowl.

2020 (REDSHIRT FRESHMAN): Played in seven games, registering one tackle … Saw action in two games on defense against Florida (Nov. 14) and Missouri (Dec. 5) … Recorded only tackle of the season against Florida … Played a season-high 36 defensive snaps against Missouri … According to Pro Football Focus, played 39 defensive and 49 special teams snaps … Posted a 61.3 season defensive grade.

2019 (FRESHMAN): Played in two games for the Razorbacks in 2019, seeing time against Mississippi State (Nov. 2) and Western Kentucky (Nov. 9) … Totaled 38 plays as a freshman, seeing 21 lined up defensively and 17 on Arkansas’ various special teams units, according to Pro Football Focus … Recorded two tackles, with a solo stop against the Bulldogs.

HIGH SCHOOL: Three-star prospect by Rivals, 247Sports and ESPN … No. 7 overall recruit in the state of Arkansas by Rivals and ESPN … Four-year varsity football letterwinner at Rison High School in Rison, Arkansas … Also lettered in basketball, baseball and track & field … Played on both sides of the ball as a defensive back and running back … Recorded 46 tackles, one for loss, along with six pass breakups … Rushed for 939 yards on 91 carries, scoring 11 touchdowns on the ground and two via TD receptions … Helped the Wildcats to a 14-1 overall record, with the only loss of the season coming in the Arkansas state 3A semifinal on Dec. 1 … Totaled 29 tackles and two interceptions as a junior, while rushing for 998 yards and 14 touchdowns and hauling in 13 passes for 201 yards and two touchdowns through the air … CHOSE ARKANSAS OVER: Memphis and others.