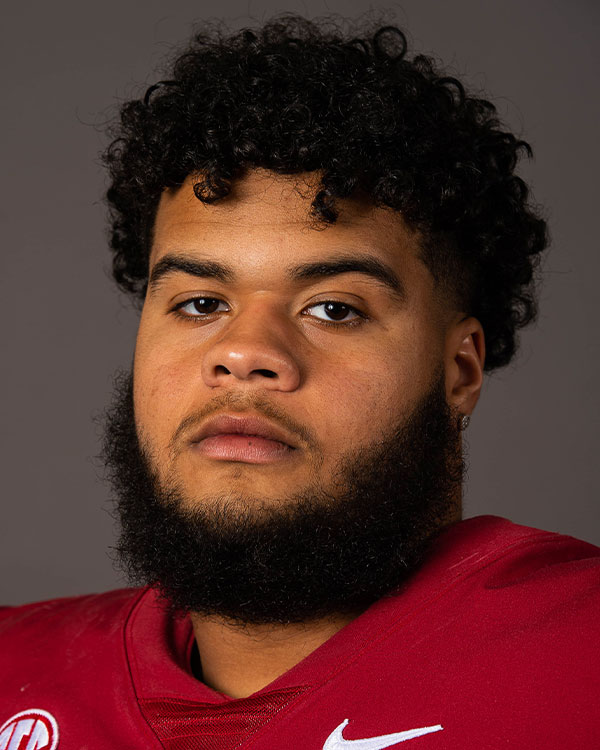 2021 (REDSHIRT FRESHMAN): Redshirted during his second season … Appeared in two games, suiting up against Georgia Southern (Sept. 18) and against UAPB (Oct. 23).

HIGH SCHOOL: Four-star prospect by 247Sports and ESPN … Rated as the No. 6 offensive guard in the country and sixth-ranked prospect in the state of Tennessee by ESPN … Slotted in ESPN’s Top 300 at 164 … Four-year varsity letterwinner at Memphis University School in Memphis, Tennessee … Blocked for an offense that racked up 3,192 yards, including 1,665 on the ground in 2019, producing 46 total touchdowns with 29 rushing scores … Also recorded 22 tackles on defense, including six tackles for loss and two sacks … Helped the Owls to a 10-2 overall record as a senior, reaching the semifinals of the Class 3A-II Tennessee state playoffs … Propelled the Memphis University School offense to 4,079 yards of total offense during his junior season in 2018, blocking for a passing attack that racked up 2,762 yards and 26 touchdowns, with 25 scores coming from the ground game … Was a member of the state runner-up team in 2018, falling in the Class 3A-II title game … CHOSE ARKANSAS OVER: Alabama, Auburn, Florida, Georgia, LSU, Ole Miss, Mississippi State, Missouri, South Carolina, Tennessee, Texas A&M, Ohio State, Oklahoma and others.