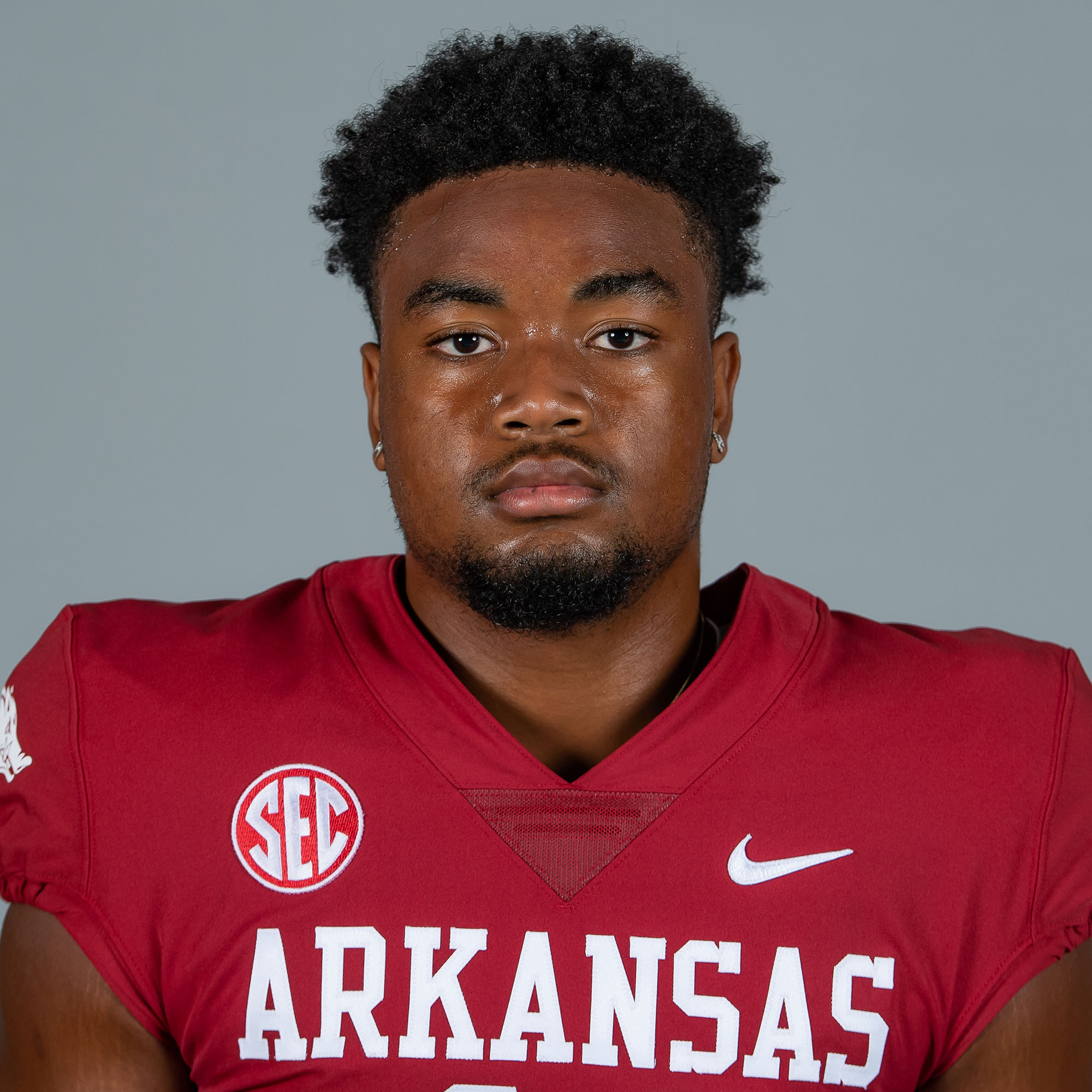 2020 (SOPHOMORE): Played in nine games and made only start of the season at defensive end against LSU (Nov. 21) … Registered 5 tackles (1 solo) with 0.5 tackle for loss and a quarterback hurry … Tied career-high making three tackles, including a half-tackle for loss,  in the win over Ole Miss (Oct. 17) … Registered a tackle and quarterback hurry against LSU (Nov. 21) … According to Pro Football Focus, played in 213 defensive and 96 special teams plays, recording a season-high game defensive grade of 68.1 against Tennessee (Nov. 7).

2019 (FRESHMAN): Played in all 12 games as a freshman for the Razorbacks in 2019, starting the last 11 at defensive end … Totaled 550 plays, with 497 coming on the defensive line, according to Pro Football Focus … Recorded 19 tackles, nine solo, with 1.5 for loss, getting credit for two quarterback hurries … Had at least one stop in 11 games … Posted a season-high three stops, two solo, against both Ole Miss (Sept. 7) and Auburn (Oct. 19) … Tallied multi-tackle games against San Jose State (Sept. 21), Kentucky (Oct. 12), Alabama (Oct. 26) and Missouri (Nov. 29) … Put together PFF tackling grades over 71.0 in eight games, with a season-high 76.5 at Ole Miss … Finished with his best overall defensive marks against the Rebels at 76.7.

HIGH SCHOOL: Four-star prospect by Rivals and 247Sports … Rated as the No. 16 weakside defensive end in the country and 28th overall player in the state of Georgia by 247Sports … Four-year varsity letterwinner at Douglas County High School in Douglasville, Georgia … Racked up 84 total tackles, 60 solo, with 29 tackles for loss, including 22.5 sacks to go with four quarterback hurries, two forced fumbles and one fumble recovery as a senior … Region 5-6A Player of the Year … Helped the Tigers to an 8-3 overall record, including a 7-1 mark in district play, and an appearance in the 2018 Georgia High School Football 6A state playoffs … Tallied 77 total tackles as a junior, 49 solo and 20 for loss with 18 sacks en route to a 10-2 record in 2017 … Advanced to the second round of the Georgia 6A state tournament … Posted 50 or more tackles in each of his last three years of high school football … Parents are Arkansas graduates … Father Junior Soli earned All-SEC honors during his collegiate career with the Razorbacks (1992-95) as a nose guard and was drafted in the fifth round of the 1996 NFL Draft by the San Diego Chargers … CHOSE ARKANSAS OVER: Alabama, Auburn, Florida, Kentucky, Vanderbilt, Clemson, Florida State, Notre Dame, Oregon, Stanford, Wisconsin and others.