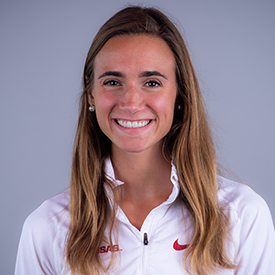 Freshman (2016)
Utilized a redshirt during her first season on campus.

Personal
Born on June 28, 1996 … Daughter of Holly and Sandy Huckabee … Has an older sister, Marley and an older brother, Lance … Majoring in kinesiology … Plans on pursuing a career in physical therapy and or coaching upon completing her degree.