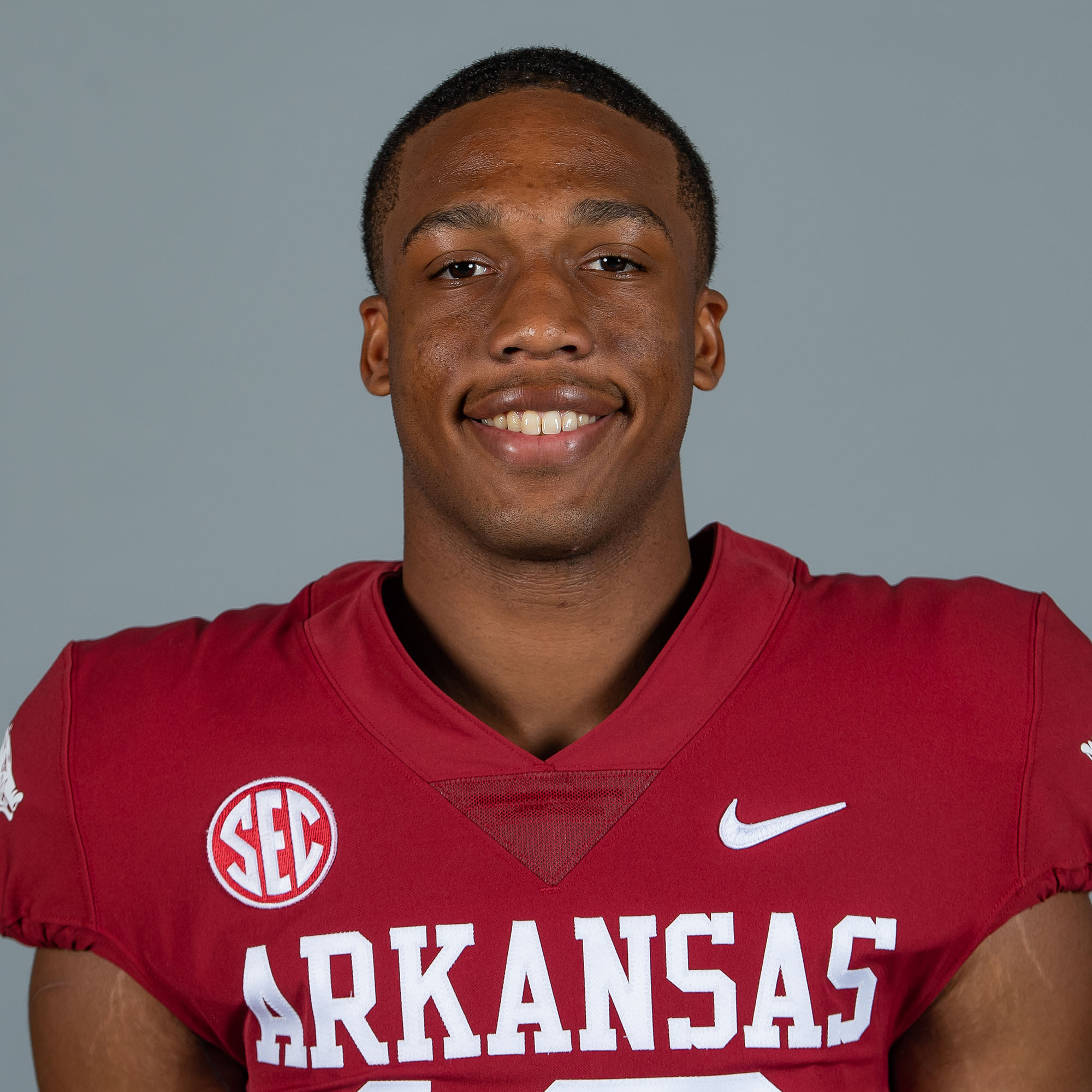 2019 (SOPHOMORE): Played in 11 games for the Razorbacks in 2019, starting the season finale against Missouri at strong safety … Totaled 434 plays, according to Pro Football Focus, with 334 coming on defense, while also seeing time on Arkansas’ various special teams units … Recorded 28 tackles, 16 solo, with one for loss … Opened and closed the season with season-high figures in tackles with five in both games … Put together multi-tackle performances in all but two games played.

2018 (FRESHMAN): Played in nine games for the Razorbacks in his first season on the Hill … Totaled 106 snaps as a freshman, with 69 coming in defensive coverage and 37 on Arkansas’ special teams units … Posted five tackles, one solo, spread out over four games … Opened the season with a tackle against Eastern Illinois … Recorded stops in back-to-back games vs. Tulsa (Oct. 20) and Vanderbilt (Oct. 27) … Wrapped the season with a high of two tackles, including his solo stop at Missouri on Nov. 23 … Finished the season with a 73.6 run defense grade from PFF while also posting individual tackling marks of 76.2 (Eastern Illinois) and 78.2 (Tulsa) to wrap the year at 69.4 overall in the category … Part of a defensive crew that racked up 882 total tackles over the course of the 2018 campaign.

HIGH SCHOOL: Four-star recruit by ESPN … Top-15 prospect in Alabama by ESPN (No. 10), 247Sports (No. 13) and Rivals (No. 16) … No. 21 ranked safety in the class by ESPN and No. 29 by 247Sports … No. 431 ranked player in the nation by 247Sports Composite … Helped Hewitt-Trussville to an 11-0 overall record and 7-0 mark in region play as a senior in 2017 … Tallied 41 tackles, two pass breakups on defense and five touchdowns on offense, while missing four games due to injury … Rushed 30 times for 277 yards and five touchdowns … Had a rushing TD in four games, including a two-score effort in a 49-7 season-opening win against Grissom … Turned in five  stops, including 2.0 for loss, in a 45-13 win against James Clemens … Logged a season-high 13 solo tackles in a 45-35 win against Florence … Coached by Josh Floyd … Played his freshman, sophomore and junior seasons at Pleasant Grove before transferring to Hewitt-Trussville … Played running back, receiver and defensive back for the majority of his career at Pleasant Grove … Had 84 tackles on defense as a junior … Helped lead the Spartans to a state championship runnerup spot en route to second-team all-state honors as a freshman in 2014 … Chose Arkansas over Alabama, Auburn, LSU, Mississippi State, Tennessee, Florida State and others … His father, Larry, played at Southern Miss and Troy, and professionally in USFL (Jacksonville Bulls), Canadian Football League (Calgary Stampeders) and NFL (Cleveland Browns and Green Bay Packers) in the 1980s and early 1990s.