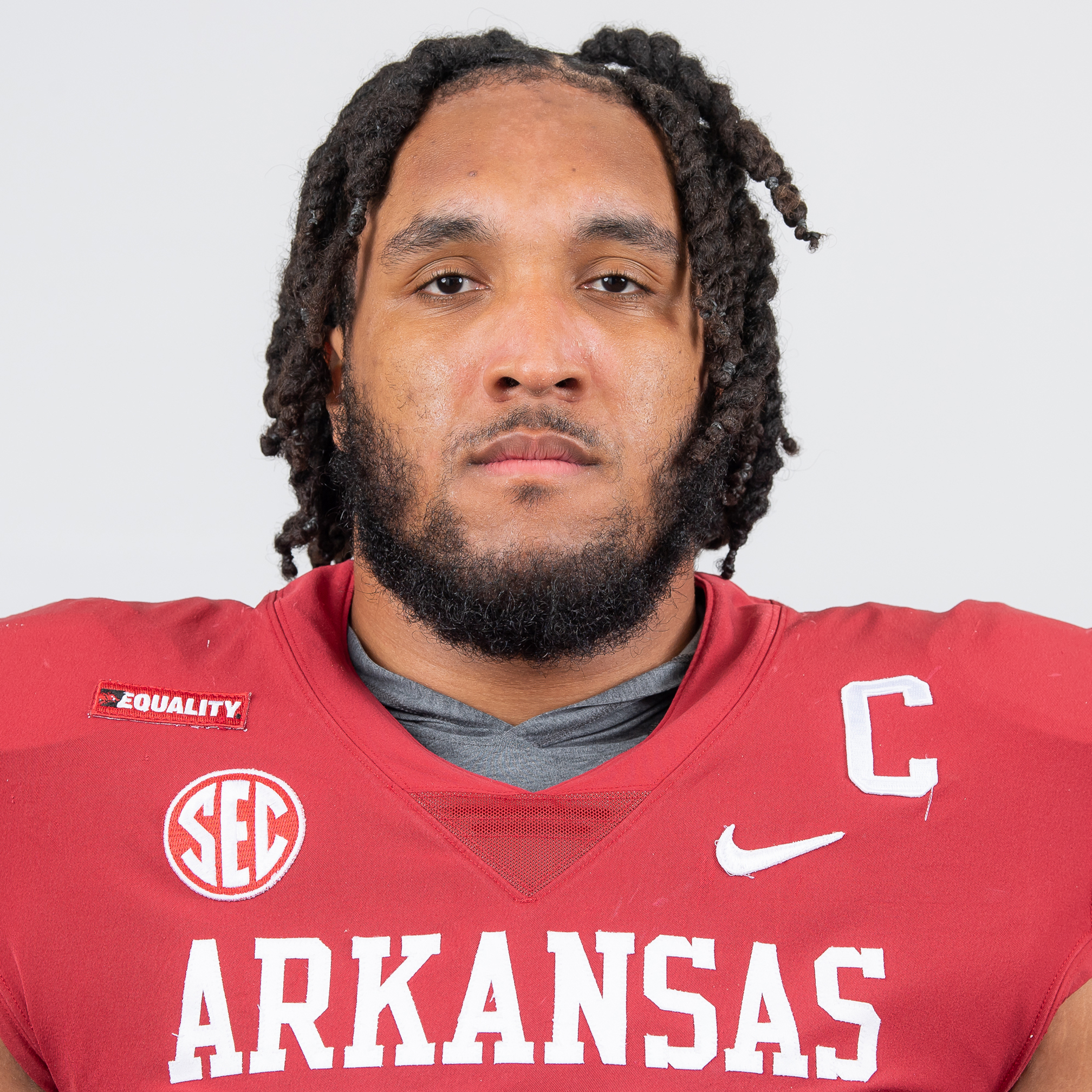 2021 (REDSHIRT SENIOR): Returned for a final season at Arkansas and started all 13 games at left tackle as a team captain for the Razorbacks, helping the team to nine wins – the most by an Arkansas team in over a decade … Blocked for a running game that averaged 227.8 yards per game to lead all Power 5 schools and produce 2,961 rushing yards – the most at Arkansas since 2007 when the Hogs ran for a school record 3,725 yards … Paved the way for four Razorbacks – KJ Jefferson, Trelon Smith, Raheim Sanders, Dominique Johnson – to rush for more than 500 yards for the first time since 1975 … Produced a career-high season grade of 70.6 on PFF with a season-high of 80.4 in Battle Line Rivalry win over Missouri (Nov. 26) … Allowed only three sacks over 389 pass plays according to PFF and committed just four penalties in 894 snaps.

2020 (SENIOR): Anchored the offensive line at left tackle, starting all 10 games, one of two Razorback offensive lineman to do so (Brady Latham) … Collected 705 snaps on the Hogs’ offensive line, playing every offensive snap of the 2020 season at left tackle, and also played 42 snaps on Arkansas’ field goal unit  … Logged the most snaps of any Razorback … Posted best blocking grade in Arkansas’ win at Mississippi State (Oct. 3) with an 81.3 grade according to Pro Football Focus, including a season-best run grade of 78.1 … Recorded season-best 88.1 pass blocking grade at Missouri (Dec. 5) … Overall, produced four games of passing grades of 80+ … Allowed only two sacks and was flagged four times during the season.

2019 (JUNIOR): Started in 10 of 11 games played, missing only one game in his first year with the Razorbacks in 2019 … Totaled 705 plays, with 690 on the offensive line, as well as 15 on field goal/extra point opportunities, according to Pro Football Focus … Played every offensive snap in eight games … Allowed just one sack in 383 pass blocking plays … Posted his best pass protection grade from PFF at Alabama on Oct. 29 with a mark of 87.8 … Blocked for an offense that scored 28 times and racked up 4,081 total yards, including 2,315 passing yards, 1,766 rushing yards and 14 touchdowns both through the air and on the ground.

PRIOR TO ARKANSAS: Three-star prospect by Rivals and 247Sports … Rated as the No. 6 offensive tackle in the country by ESPN … Ranked fifth overall in the state of Ohio among the junior college rankings by 247Sports … Spent last season at Iowa Central Community College in Fort Dodge, Iowa, as a redshirt sophomore … Started in all 12 games in 2018, helping Iowa Central to an 8-4 record behind 397 total points and 33.1 points per game … Propelled the Tritons to 4,670 yards of total offense, averaging 389.2 per contest, with 2,884 passing yards and 46 total touchdowns … Helped the Tritons defeat Monroe College, 34-20, in the Graphic Edge Bowl on Dec. 2 … First Team NJCAA All-American … Began his collegiate career at Western Illinois, but did not make an appearance for the Leathernecks … Played high school football at Warren G. Harding HS in Warren, Ohio … CHOSE ARKANSAS OVER: Kentucky, Mississippi State, Missouri, Oklahoma, Arizona, Nebraska, Pittsburgh, Texas and others.