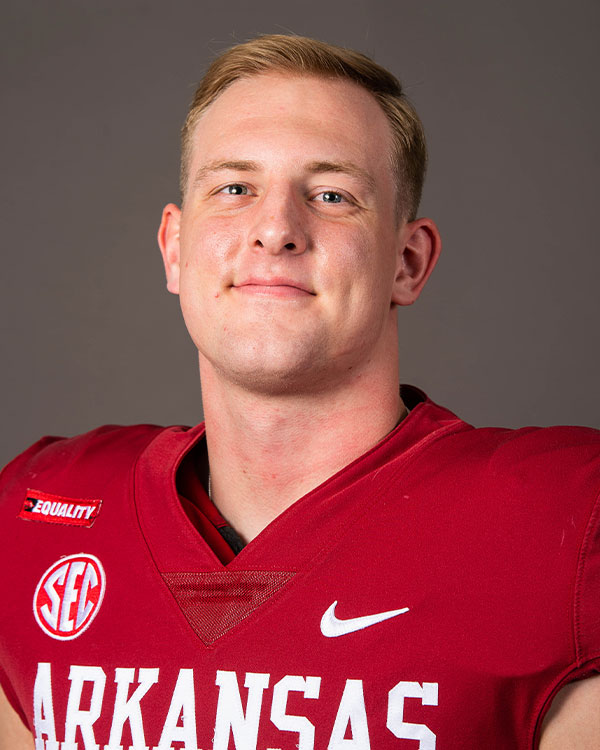 2021 (REDSHIRT SOPHOMORE): Played in 12 games … Did not record any statistics … According to Pro Football Focus, saw action in 65 special teams snaps and 18 offensive snaps.

AT ILLINOIS STATE: Redshirted the 2018 season.

HIGH SCHOOL: Two-year varsity starter for head coach Tim Rolo at Helias Catholic High School … two-way standout as a wide receiver and defensive lineman … finished senior season with 23 receptions, averaging 13.8 yards per catch … on defense, recorded 73 total tackles, 4.5 sacks and 8.0 TFLs … earn all-district honors as a junior and senior for his work on the gridiron … as a junior averaged 30.5 yards per reception  and recorded 46 stops on defense, with 3.0 sacks and 13 TFLs … was also a standout on the basketball court, earning all-district honors twice and helping Helias to a third-place finish in the state as a sophomore … named a team captain for both football and basketball.

PERSONAL: Born August 18, 1999, in Jefferson City, Missouri … son of Doug and Kimie Bax … youngest of four boys … his brothers, David and Adam, played football at Central Missouri and his other brother, Ryan, played basketball at Benedictine … member of the honor roll every semester and named the Rotary Student of the Month … earned the Carl Vogel Award for academic excellence.