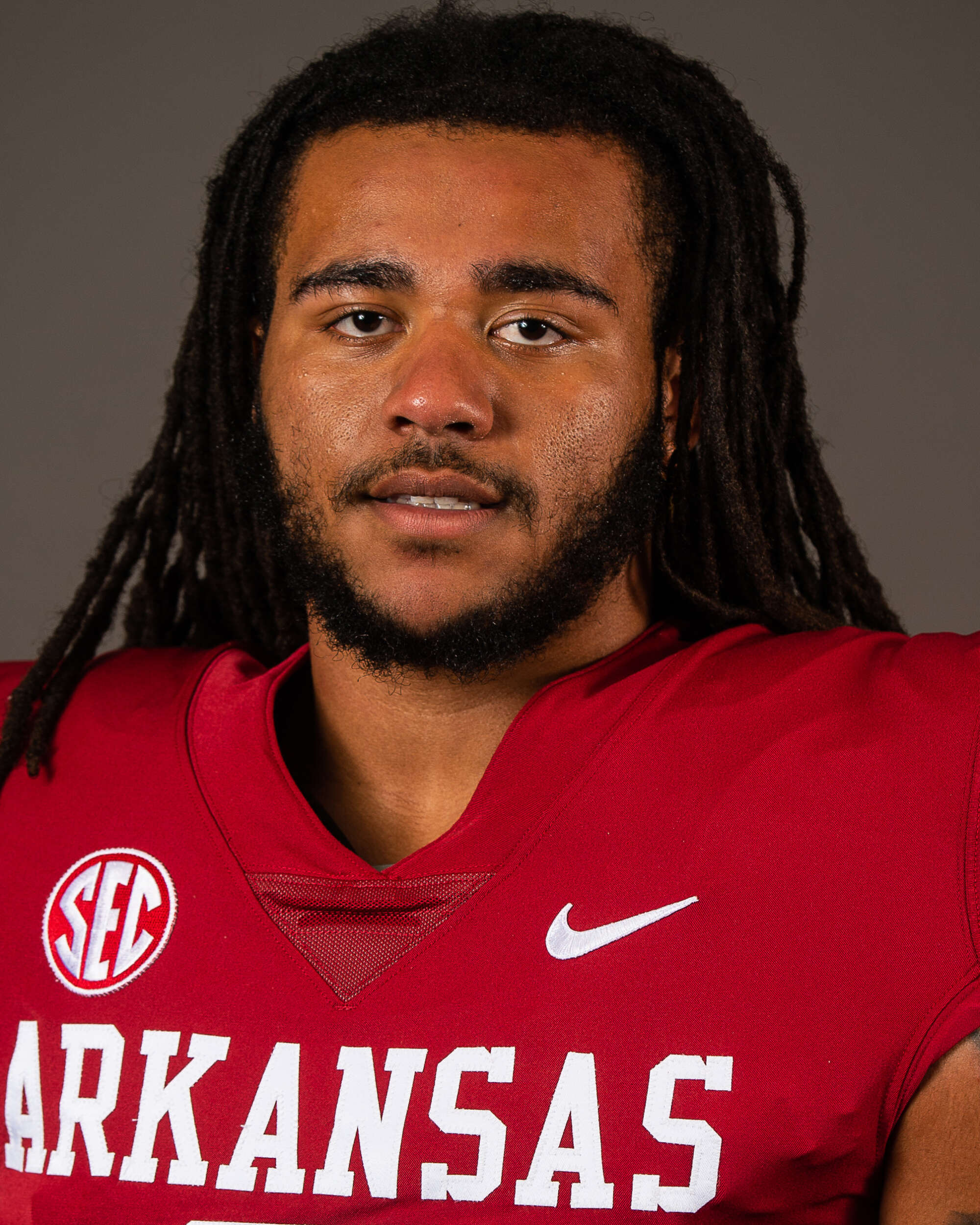 HIGH SCHOOL: Rated a four-star prospect by Rivals and a three-star prospect by 247Sports and ESPN … Rated the No. 4 player in Arkansas and No. 22 strongside defensive end by Rivals … Played on the offensive line for Kirk Horton at Maumelle High School … Also saw action as a wildcat quarterback for the Hornets … Posted 74 tackles with 26.0 tackles for loss, 2.0 sacks, 15 quarterback hurries, three forced fumbles and one pass broken up in his senior season … As a junior, made 39 tackles, 10.0 tackles for loss, 3.0 sacks and one forced fumble … Started on the defensive line as a sophomore and helped the team to an 8-3 record and state playoff appearance … Also played basketball at Maumelle, averaging 10.6 points and 6.2 rebounds per game for a team that reached the state title game … CHOSE ARKANSAS OVER: Nebraska, Oklahoma, Georgia, Auburn and others.