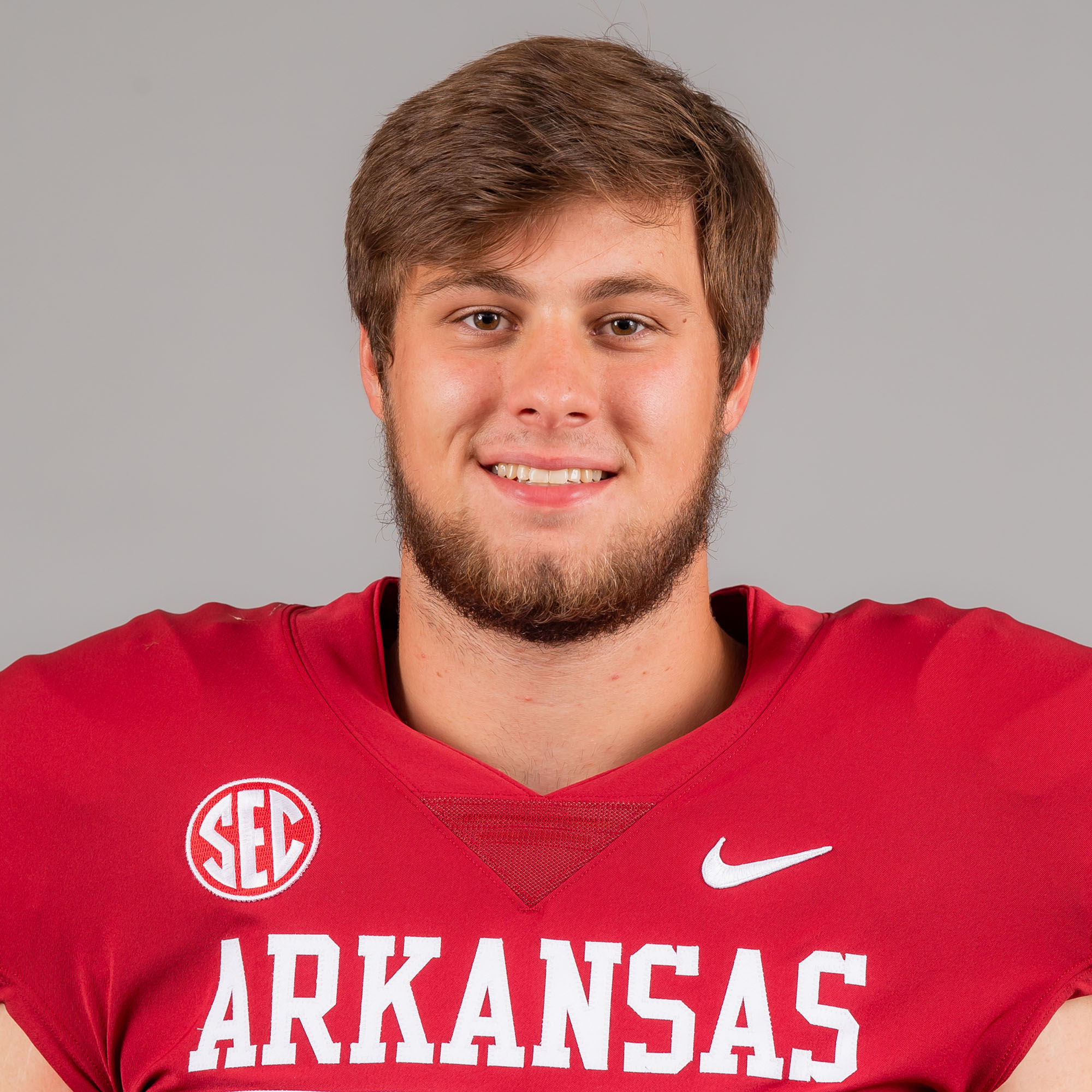 2019 (SOPHOMORE): Suffered an injury during preseason camp that sidelined him for the 2019 campaign.

2018 (FRESHMAN): Played in four games for the Razorbacks as a freshman in 2018, starting twice at left tackle at Colorado State (Sept. 8) and against North Texas (Sept. 15) … Totaled 193 snaps on the offensive line over the course of the season, according to Pro Football Focus … Allowed just two sacks during his time in pass protection … Participated in 17 plays in the first game of the season, earning a 68.3 run blocking grade from PFF and an overall offensive mark 68.1 … Hit a season-high 78 snaps at Colorado State the following week after earning the starting nod … Put together a best of 81.7 in pass protection, to go with a 67.6 run blocking grade to finish out at 68.5, also a 2018-best from the outlet … Recorded 58 plays the next week against North Texas and did not play again until the final week of the year at Missouri, totaling 38 snaps … All of his appearances came in the left tackle position, as he helped the Arkansas offense to 4,028 yards of total offense and 28 touchdowns, with 2,307 yards and 17 scores coming through the air.

HIGH SCHOOL: Consensus three-star recruit by 247Sports, ESPN and Rivals … Rated the No. 793 overall player in the nation, the No. 62 offensive tackle in the class and the No. 8 prospect in Arkansas per the 247Sports Composite … Considered the No. 75 offensive tackle and the No. 8 player in Arkansas by ESPN … A three-year varsity starter … Part of an offensive line that helped Jonesboro average 44.2 points per game over the last two seasons … As a senior, graded at 88 percent and had 11 pancake blocks … Helped pave the way for the Hurricane to total 2,395 yards rushing and average 6.8 yards per carry … Provided time for his quarterbacks to throw for 2,711 yards  and 31 touchdowns …  As a junior, blockedfor 2,189 yards rushing and 29 TDs on the ground … Part of an offensive line that cleared paths for Jonesboro to average 6.5 yards per carry … Also provided time for his quarterbacks to total 3,418 yards and 46 TDs through the air … Coached by Randy Coleman … Chose Arkansas over Mississippi State, Arizona State, Texas Tech, Virginia, Iowa State, Indiana and others.