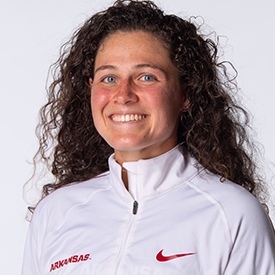 High School
2016 AHSAA 7A State Champion in the pole vault … Placed third in the 300-meter hurdles at the same meet … Captured two indoor state titles prior to her outdoor success with victories in the 400 and with the Rogers 4-x-400-meter relay team … Earned an indoor state runner-up finish as a member of the Mounties’ 4-x-800-meter relay team … Placed fourth in the pole vault at the 2016 Arkansas Meet of Champions with a 12-0 clearance.

Personal
Born on Sept. 30, 1997 … Daughter of Wayne and Christine Groeber … Has one brother; Nelson and two sisters; Ellie and Sophie … Majoring in environmental water and soil science.