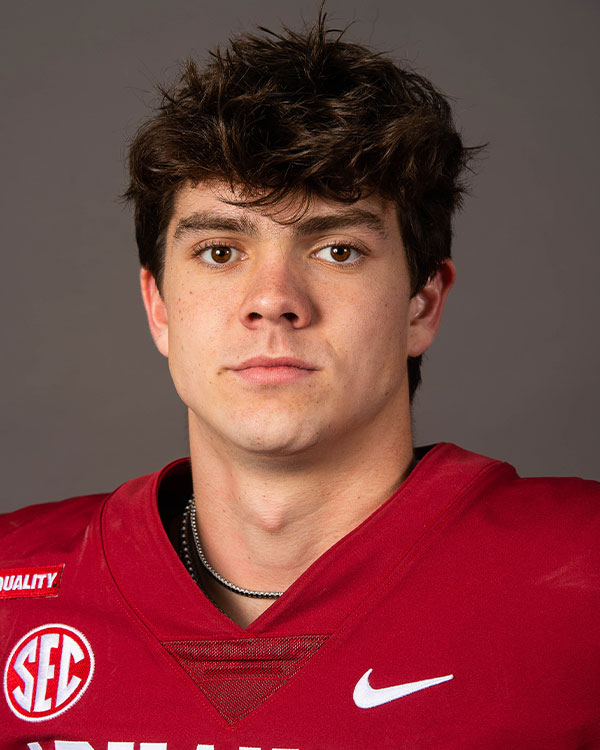 HIGH SCHOOL: Rated a five-star punter by Kohl’s Kicking and a four-and-a-half-star kicker … Ranked the No. 14 punter in the country by Kohl’s Kicking … Handled both kicking and punting duties for head coach Tim Johnk at Creighton Preparatory School … During his junior season named an all-state, all-metro, all-conference and all-academic state punter … As a senior, was 6-for-7 on field goals with a long of 45 yards and missed his only attempt of the season on a 55-yard try … Converted 28-of-28 point after tries … Also punted 40 times for an average of 40.7 yards per with nine downed inside the 20-yard line … As a junior, made eight-of-eight field goal attempts and 36-of-37 point after tries … Punted 41 times for an average of 39.0 yards per punt … CHOSE ARKANSAS OVER: South Dakota State, North Dakota State, Nebraska, Kansas State and others.