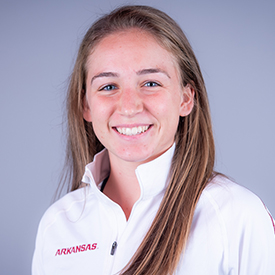 Redshirt-Freshman (2017)
Competed in six meets during the outdoor season… Qualified for the NCAA West Prelims in the 3,000-meter steeplechase…

Freshman (2016)
Utilized a redshirt during her first season on campus.

High School
13-time All-State in cross country and track & field … 2013 Foot Locker Nationals finalist … State runner-up in the 1600-meter run, 4×800-meter relay and with her team during the 2014 outdoor season.

Personal
Born on March 25, 1997 … Daughter of John and Liz Nichwitz … Has one younger sibling, Rylee … Majoring in kinesiology … Hopes to make an immediate impact on the team in her first year as a Razorback.