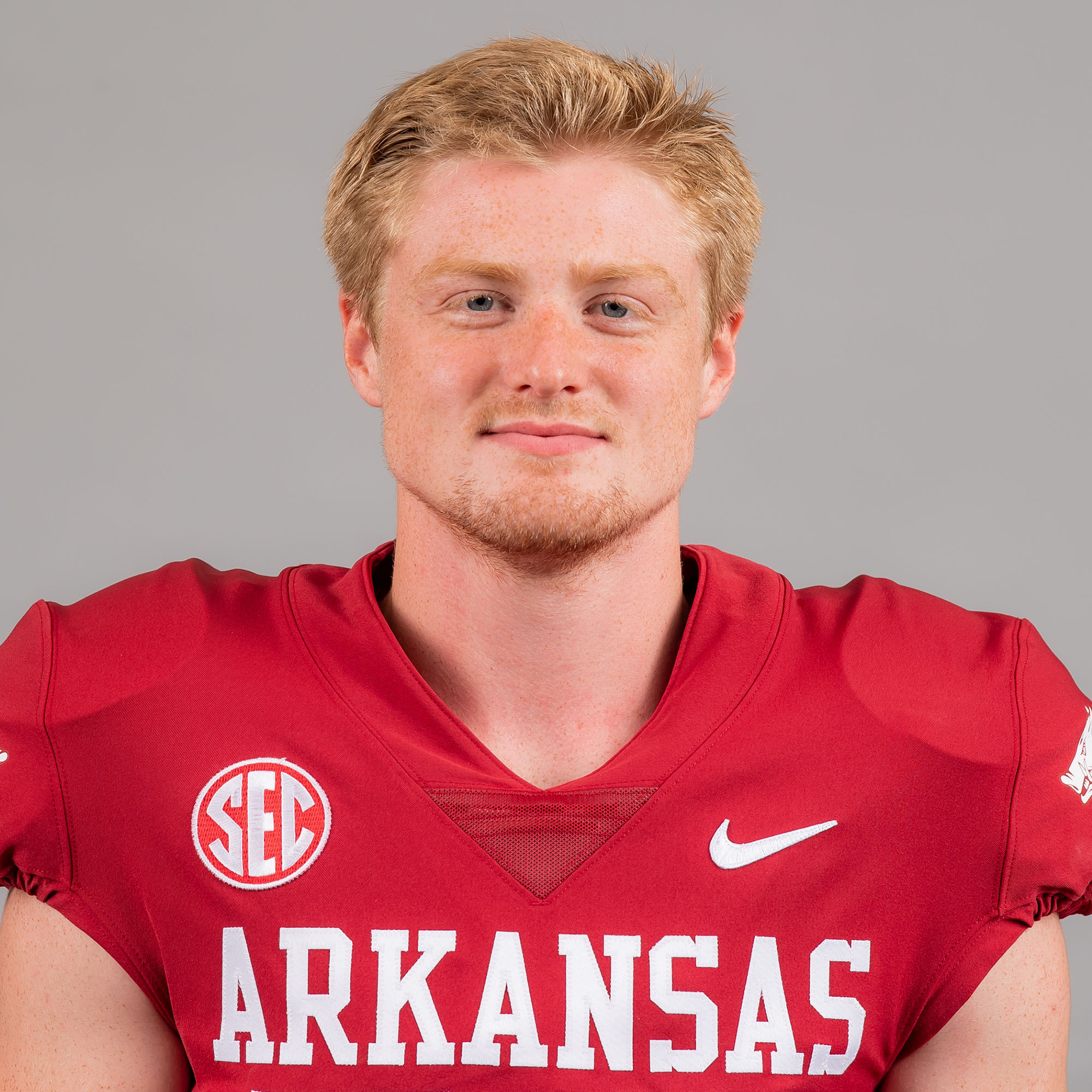 FRESHMAN (2019): Redshirted and did not appear in a game.

HIGH SCHOOL: Three-year varsity letter winner at Farmington High School for head coach Mike Adams as a running back and cornerback … Finished his high school career with 1,566 rushing yards and 15 total touchdowns in 27 games played … As a senior carried the ball 140 times for a team-leading 879 yards (6.3 ypc) and scored seven touchdowns while making two receptions for 65 yards and a touchdown over 10 games played … Contributed three tackles (2 solo, 1 asst.) as a cornerback … Ran for over 100 yards in a game four times … Tied career-high of three total touchdowns by posting a career-best 196 yards on the ground with two scores and made a 39-yard touchdown grab in a 38-13 victory over Clarksville … Registered a career-high three rushing touchdowns while running for 184 yards (16.7 ypc) in a 49-2 win over Gravette … Played on the defensive side of the ball for the first time in his career … As a junior accrued 49 carries for 354 yards (7.2 ypc) and scored three touchdowns in eight games played … Ran for a season-high 84 yards in a 61-41 win over Clarksville … As a sophomore totaled 71 carries for 333 yards (4.7 ypc) and four touchdowns in nine games played … Achieved first 100-plus yard rushing game picking up 102 yards and a touchdown as part of a 22-13 win over Vilonia … In first career varsity game scored a touchdown against Prairie Grove … Also ran track at Farmington, competing in the 400 meters and 4×400 relay.