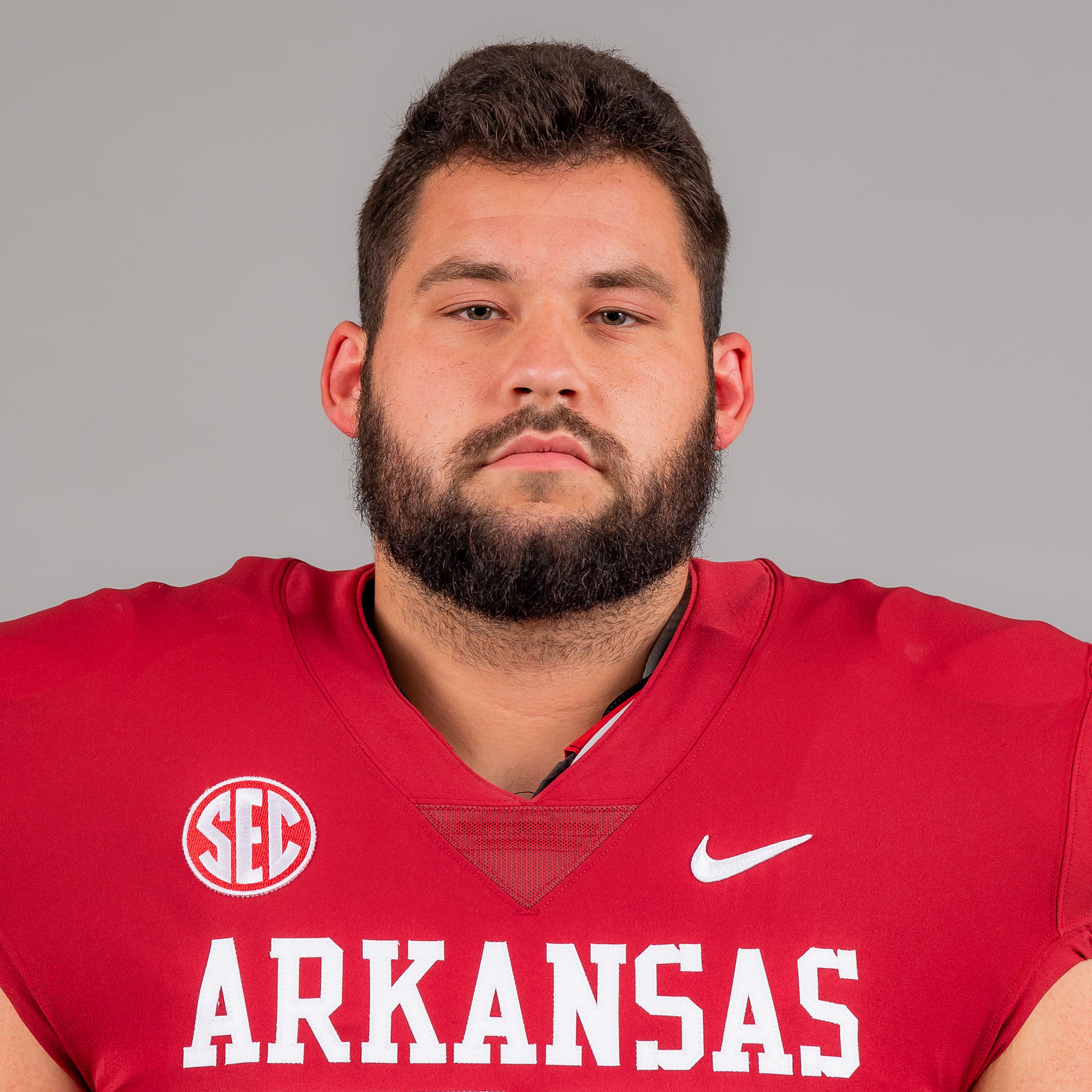 2019 (REDSHIRT SOPHOMORE): Played in 11 games for the Razorbacks in 2019, starting once at left guard against Mississippi State on Nov. 2 … Totaled 149 plays, 104 on the offensive line, also entering for field goal/extra point opportunities, according to Pro Football Focus … Did not allow a sack in 55 pass blocking plays, posting his top pass protection grade from PFF at 79.2 against Alabama on Nov. 26 … Blocked for an offense that scored 28 times and racked up 4,081 total yards, including 2,315 passing yards, 1,766 rushing yards and 14 touchdowns both through the air and on the ground.

2018 (REDSHIRT FRESHMAN):Played in seven games as a redshirt freshman for the Razorbacks in 2018, starting the season opener at left tackle … Appeared in each of the last five games, while also entering in the matchup with Texas A&M in Arlington on Sept. 29 … Totaled 61 snaps according to Pro Football Focus, including a season-high 50 against Eastern Illinois … Graded out at 69.9 overall in the contest against the Panthers, putting up a season-high 72.9 in pass protection in week one … Helped the Arkansas offense to 4,028 yards of total offense and 28 touchdowns, with 2,307 yards and 17 scores coming through the air.

HIGH SCHOOL: Enrolled in January 2017 and participated in spring practice … Consensus three-star prospect by ESPN, Rivals, Scout and 247Sports … Rated the No. 1 offensive tackle in the state of Missouri by Scout … Tabbed the No. 6 player in the state by ESPN and No. 8 by both 247Sports and Rivals … Ranked the No. 59 player at his position in the class according to Scout, No. 68 by ESPN and No. 92 by 247Sports … Coached by Alex Rouggly … The first-ever Division I signee from Jefferson High School … Led an offensive line that blocked for a rushing attack that totaled 3,700 yards in two years … Named to the all-conference first team and all-district second team as an offensive tackle in 2016 … Also earned a spot on the all-region first team as both an offensive and defensive tackle … Earned academic all-state honors for three straight years … Played in the Offense-Defense All-American Bowl Week in Atlanta on Dec. 29 … Helped the Blue Jays to a 6-4 record with a 4-2 mark in district play in 2016 … Racked up 60 pancake blocks … Paved the way for the offense to average 381 yards rushing per game … Recorded 33 total tackles, including four tackles for loss … Picked up all-conference, all-region, all-district and all-state honors as both an offensive and defensive tackle during his junior season in 2015 … Helped Jefferson High School to a Class 2 District runner-up finish … Earned all-conference and all-district status as a sophomore defensive lineman in 2014 … Three-year member of the track team and one-year member of the basketball team … Picked Arkansas over scholarship offers from Indiana, Northwestern, Iowa State, New Mexico, Colorado State and others.