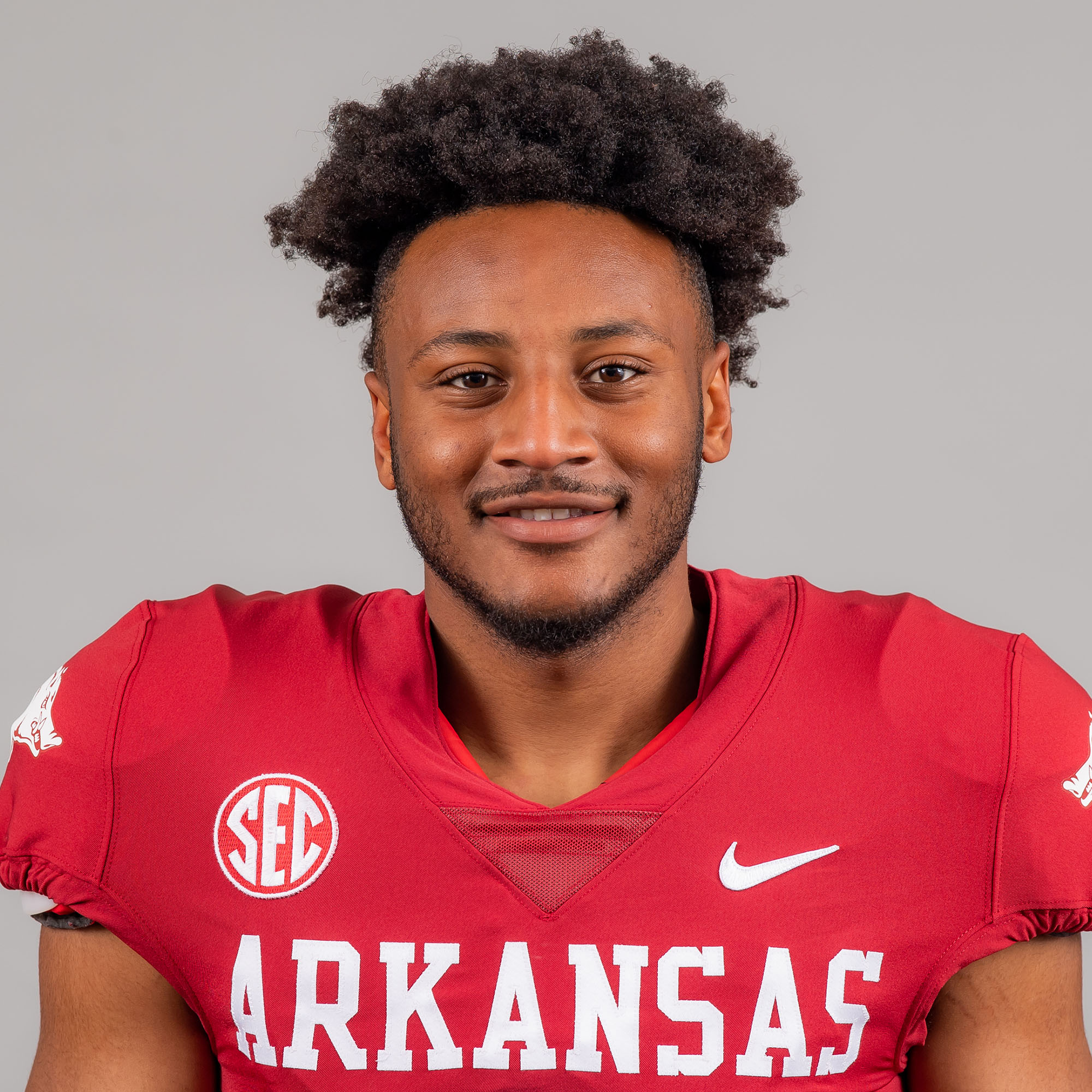 2020 (REDSHIRT SOPHOMORE): Played in nine games and made two starts the first two weeks of the season at boundary safety against Georgia (Sept. 26) and Mississippi State (Oct. 3) … Totaled 23 tackles (10 solo) with two passes broken up … Made his first career start in the season-opener against Georgia, logging three tackles with a pass broken up … Registered a career-high six tackles twice against Mississippi State and Texas A&M (Oct. 31), totaling a season-high four solo stops against the Aggies … Recorded three or more tackles in five games … Notched two tackles on special teams … According to Pro Football Focus, saw action in 244 defensive and 121 special teams snaps, posting a season-best defensive game grade of 74.2 against Georgia.

2019 (REDSHIRT FRESHMAN): Played in 11 of 12 games for the Razorbacks in 2019, seeing most of his action on special teams … Totaled 184 plays according to Pro Football Focus … Recorded one tackle against Western Kentucky on Nov. 9, a solo stop on special teams … Lined up defensively against Auburn (Oct. 19) and at LSU (Nov. 23).

HIGH SCHOOL: Varsity letterwinner at Pine Bluff High School in Pine Bluff, Arkansas as a quarterback and defensive back … Threw for over 1,641 yards and 20 touchdowns on 102 completions, averaging 182.3 yards per game, helping the Zebras to the second round of the 2016 Centennial Bank State Playoffs.