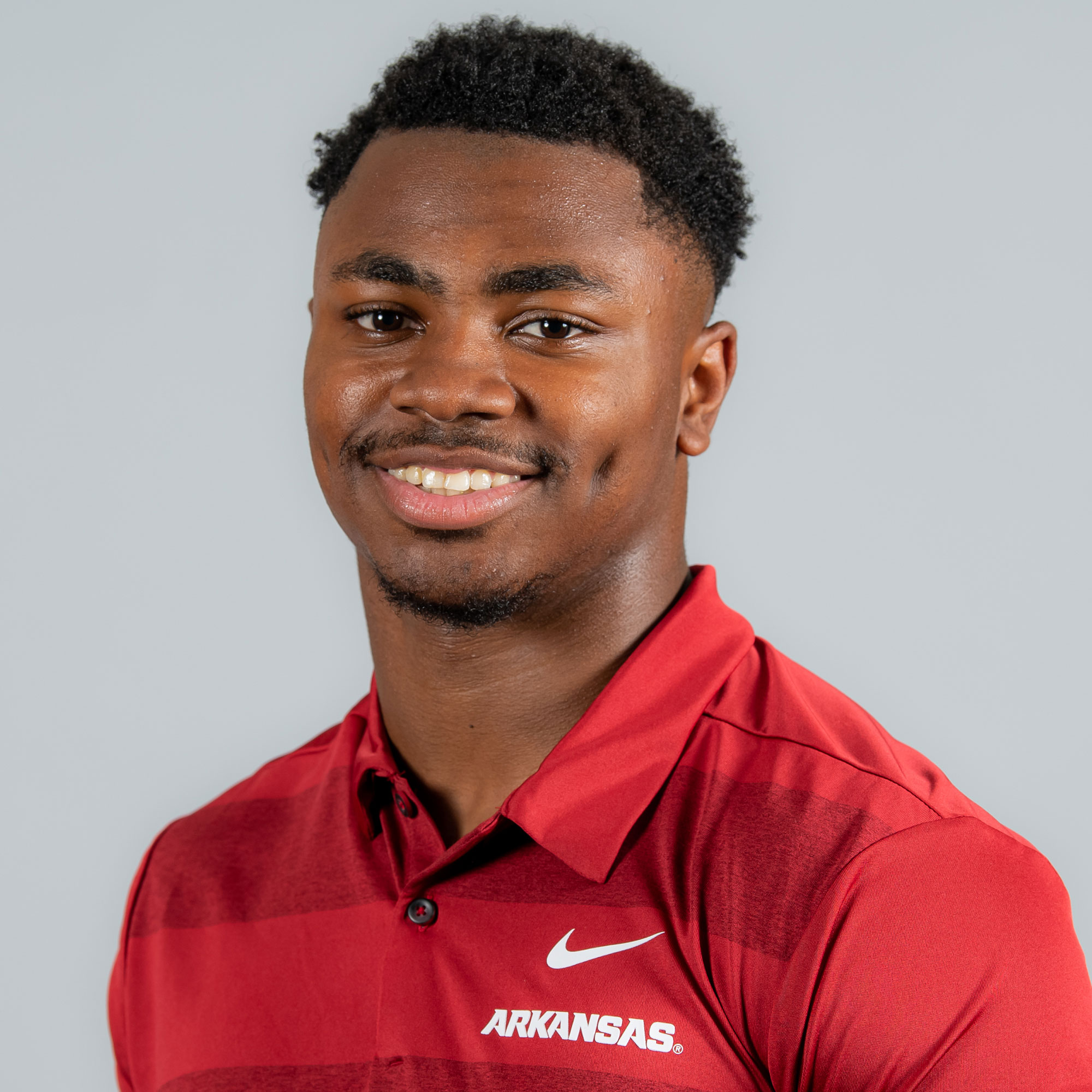 2019 (REDSHIRT FRESHMAN): Played in three games as a freshman for the Razorbacks in 2019 … Totaled 27 plays, according to Pro Football Focus, with 12 lined up at wide receiver … Caught one pass for two yards against Texas A&M on Sept. 28 in Arlington … Targeted four times.

HIGH SCHOOL: Four-star prospect by Rivals … Rated as the No. 42 wide receiver in the country and the No. 41 overall player in the state of Texas by Rivals … Four-year varsity letterwinner at Jefferson High School in Jefferson, Texas … Recorded a team-best 797 receiving yards on 38 receptions with 11 touchdown catches as a senior … Returned nine punts for 199 yards and two TDs, averaging 22.1 yards per return … Helped the Bulldogs to an 11-1 overall record, including a spotless 6-0 district record, earning a second round appearance in the 2018 Texas High School Football state 3A-I playoffs … Second-straight year to catch 11 touchdowns, doing so in 2017 as a junior behind 40 receptions and 938 yards … Averaged 78.2 yards per game and 23.5 yards per catch over 12 games, all team highs … Posted four punt returns for 158 yards, averaging 39.5 yards per return … Propelled Jefferson HS to a 10-win season and a second round berth in the 2017 Texas state 3A-I tournament … Pushed past the 1,000-yard threshold as a sophomore, catching 41 passes for 1,099 receiving yards and 11 touchdowns in 2016 … District 8-3A-I Offensive MVP and District 8-3A-I Overall MVP for his sophomore season performance … CHOSE ARKANSAS OVER: Missouri, Arizona, Arizona State, Baylor, Purdue, TCU, Texas Tech and others.