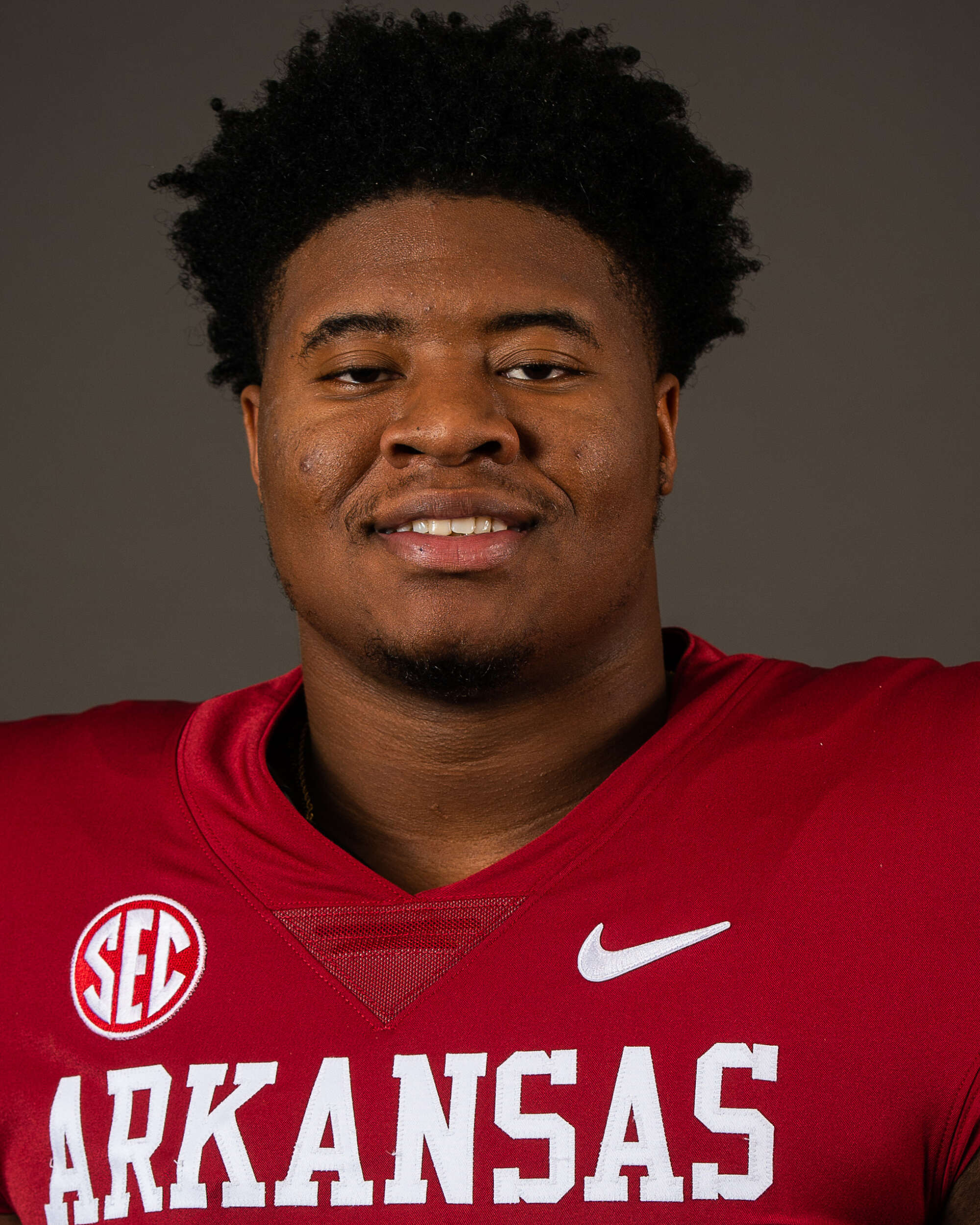 Prior to Arkansas: Played four seasons at Arkansas State before transferring … 2021 Athlon Sports Preseason Fourth-Team All-Sun Belt Conference … Started and saw action in six games in 2021 before suffering a season-ending injury … Tallied 11 tackles with five solo stops … Rec-orded 2.5 TFL for five yards … Finished with a season-high four tackles at Tulsa (Sept. 25) … Notched a pass break-up at Washington (Sept. 25) … Started all 11 games on the defensive line, recording 35 tackles, 6.0 tackles for loss and 2.0 sacks … Recorded multiple tackles in eve-ry game, including a season-high four in five different outings … Tallied at least 1.0 tackle for loss in four contests … Collected a season-best 2.0 stops behind the line of scrimmage against Coastal Carolina … Saw action in eight games as a sophomore in 2019, including two as a starter in back-to-back games against Troy and Georgia State … Finished the season with eight tackles, 0.5 tackles for loss and 0.5 sacks … Played in 11 games in 2018, all in a reserve role on the defensive line, as a true freshman … Finished the season with seven tackles and 0.5 tack-les for loss … Posted at least one tackle in five games and had a career-high two stops against both Southeast Missouri State and UNLV … Posted a 0.5 tackle for loss against Ala-bama.

HIGH SCHOOL: Four-year varsity letterman at El Dorado HS in El Dorado, Ark. … Helped lead El Dorado to the Class 6A state playoffs all four seasons, including the semifinals as a fresh-man and the second round his final three years … Hootens.com “Top 50 Recruits for 2018” (No. 16) in the state of Arkansas … Three-star recruit by 247Sports.com, which also listed Hampton as the No. 15 overall player in the state of Arkansas and the No. 123 defensive tackle in the nation … Rivals.com three-star recruit ranked as the No. 19 player in Arkansas.