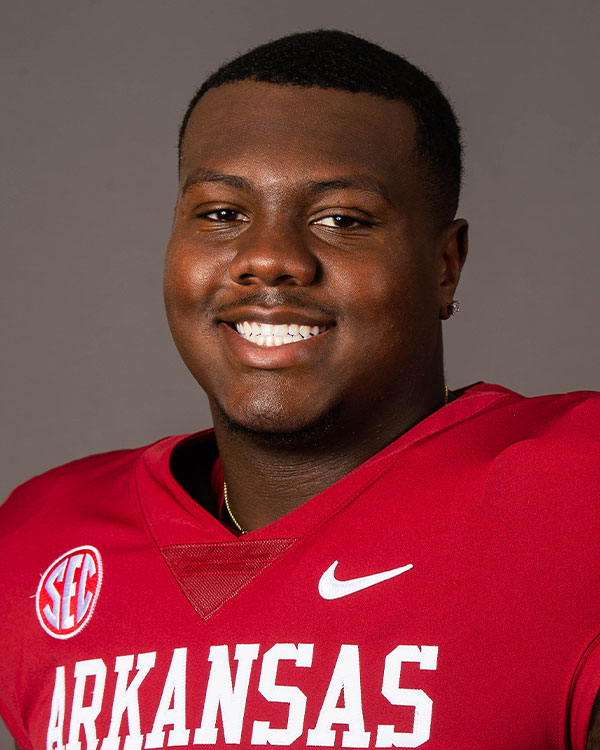 2021 (FRESHMAN): Redshirted and made one appearance at offensive line against Georgia Southern (Sept. 18).

HIGH SCHOOL: Rated a four-star prospect by 247Sports and a three-star prospect by Rivals and ESPN … Rated the No. 1 player in Arkansas by Rivals and the No. 2 player by both 247Sports and ESPN … Played both offensive and defensive tackle for head coach Van Paschal at Wynne High School … MaxPreps Preseason Arkansas all-state selection … All-state and all-district honoree as a junior … Named the outstanding lineman at the U.S. Army All-American National Combine … Played in the playoffs each of the last two years and was part of a 13-1 Yellowjackets team that reached the state championship as a senior … CHOSE ARKANSAS OVER: Miami (Fla.), Mississippi State, Kansas, Arkansas State and Southern Miss.