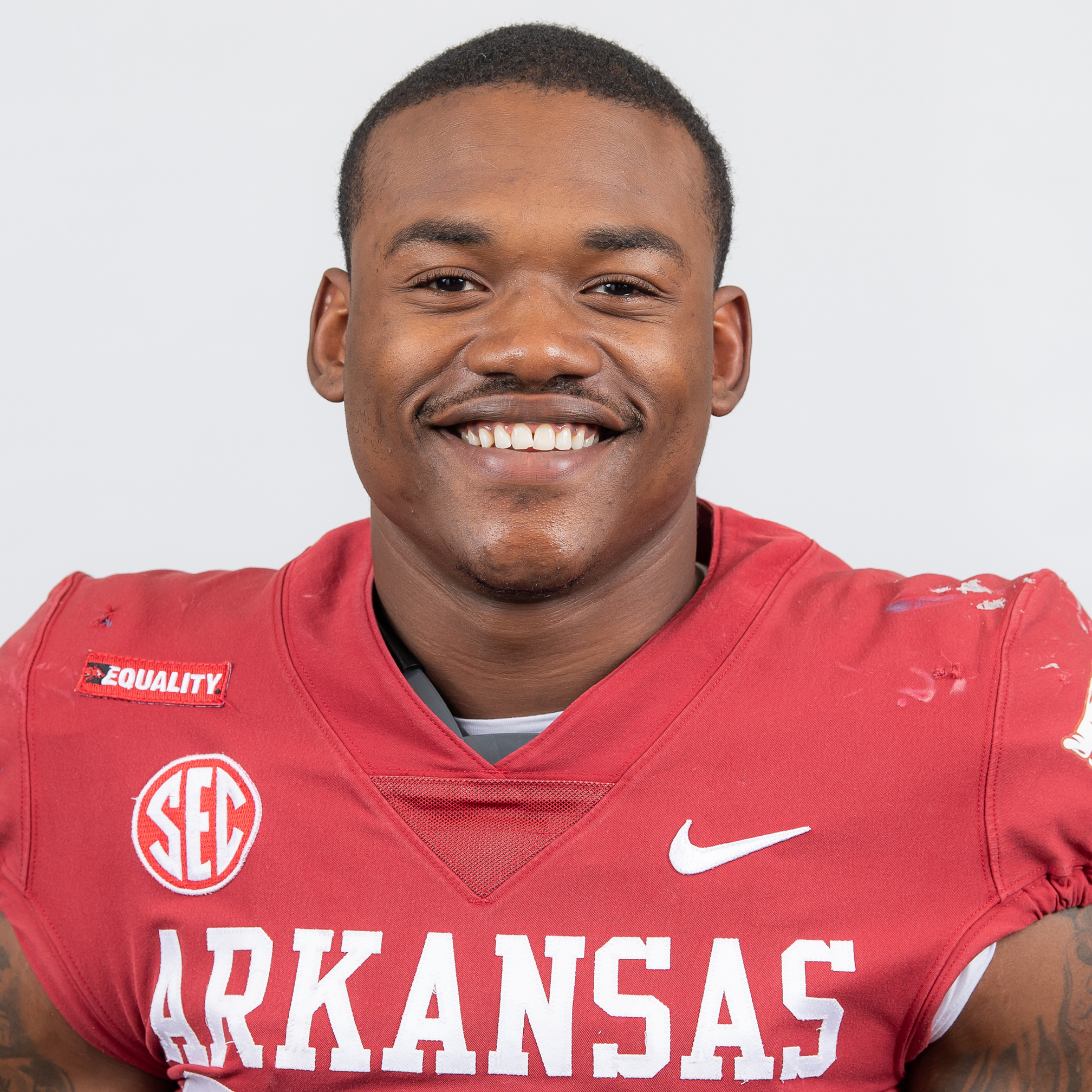 2020 (REDSHIRT JUNIOR): Played in all 10 games and made four starts, earning feature back duties the last three weeks of the season … Produced team-bests by rushing 134 times for 710 yards (5.3 ypc) and five touchdowns …  Led the team in rushing in eight games … Ranked as the team’s third-leading receiver catching 22 passes for 159 yards, the fifth-most on the team, and one score … Tallied the team’s second-most all-purpose yards with 869 (86.9 ypg) … Ran for a team-high 38 yards on six carries and caught three passes for 13 yards in his first game as a Razorback against Georgia (Sept. 26) … Carried the ball 14 times for a team-best 48 yards and made five grabs for 22 yards in the win at Mississippi State (Oct. 3) … Rushed 21 times for a team-high 81 yards and hauled in six catches for a career-high 78 receiving yards and a touchdown at Auburn (Oct. 10) … Scored his first career touchdown on a five-yard reception against the Tigers in the third quarter, bringing Arkansas within two points … First Razorback since at least 1997 to total both 70+ rushing and receiving yards in the same game … Led the team in rushing for the fourth straight week, carrying the ball 15 times for 54 yards in the win over Ole Miss (Oct. 17) … Accrued 30 rushing yards on a season-low five carries at Texas A&M (Oct. 31) … Contributed a team-best 72 rushing yards on nine attempts in the win over Tennessee (Nov. 7) … Registered his first career 100-yard game, rushing for 118 yards on eight carries and his first career rushing score at Florida (Nov. 14) … Scored first career rushing touchdown on a career-long 83-yard run against the Gators for Arkansas’ longest touchdown run against an SEC opponent since Joe Adams’ 92-yard run in 2011 against Auburn … Ran for 28 yards and a touchdown against LSU (Nov. 21), scoring on a one-yard run in the third quarter … Posted career-highs of 172 rushing yards on 26 carries and three touchdowns at Missouri (Dec. 5), becoming the first Razorback to run for three scores in a game since 2016 and the first 170+ yard rushing game against an SEC opponent since Rawleigh Williams against Mississippi State in 2016 … Scored on runs of eight, 15 and 16 yards in the second, third and fourth quarters … Over a three-game stretch against Florida, LSU and Missouri, scored a touchdown in every game, totaling five scores … Finished the year rushing for a team-best 69 yards on 19 carries while making one grab for 24 yards in the season finale against Alabama (Dec. 12) … According to Pro Football Focus, played 440 offensive snaps, the ninth-most by all Razorback offensive players, and 8 special teams snaps … Earned a season-high 72.5 offensive game grade against Florida and posted two 70+ passing grades against Auburn (77.7) and Florida (73.6) … Posted two 70+ rushing game grades against Florida (74.7) and Tennessee (71.6).

2019 (REDSHIRT SOPHOMORE): Sat out due to transfer rules.

PRIOR TO ARKANSAS: Spent his first two years at Arizona State, redshirting the 2018 season after playing four games … Ran for 56 yards on 11 carries as a sophomore … Eight of his 11 attempts came in the season opener vs. Washington, tallying 45 yards, as well as three receptions for 16 yards through the air … Had one rushing attempt in each of the next three games played … Freshman (2017): Played in nine games for the Sun Devils in his true freshman season, seeing action as a reserve running back and kick returner … Managed to see the field because of his explosiveness despite two senior running backs ahead of him on the depth chart … Did most of his work on kick returns, attempting five returns that gained 90 yards (18.0 YPR).