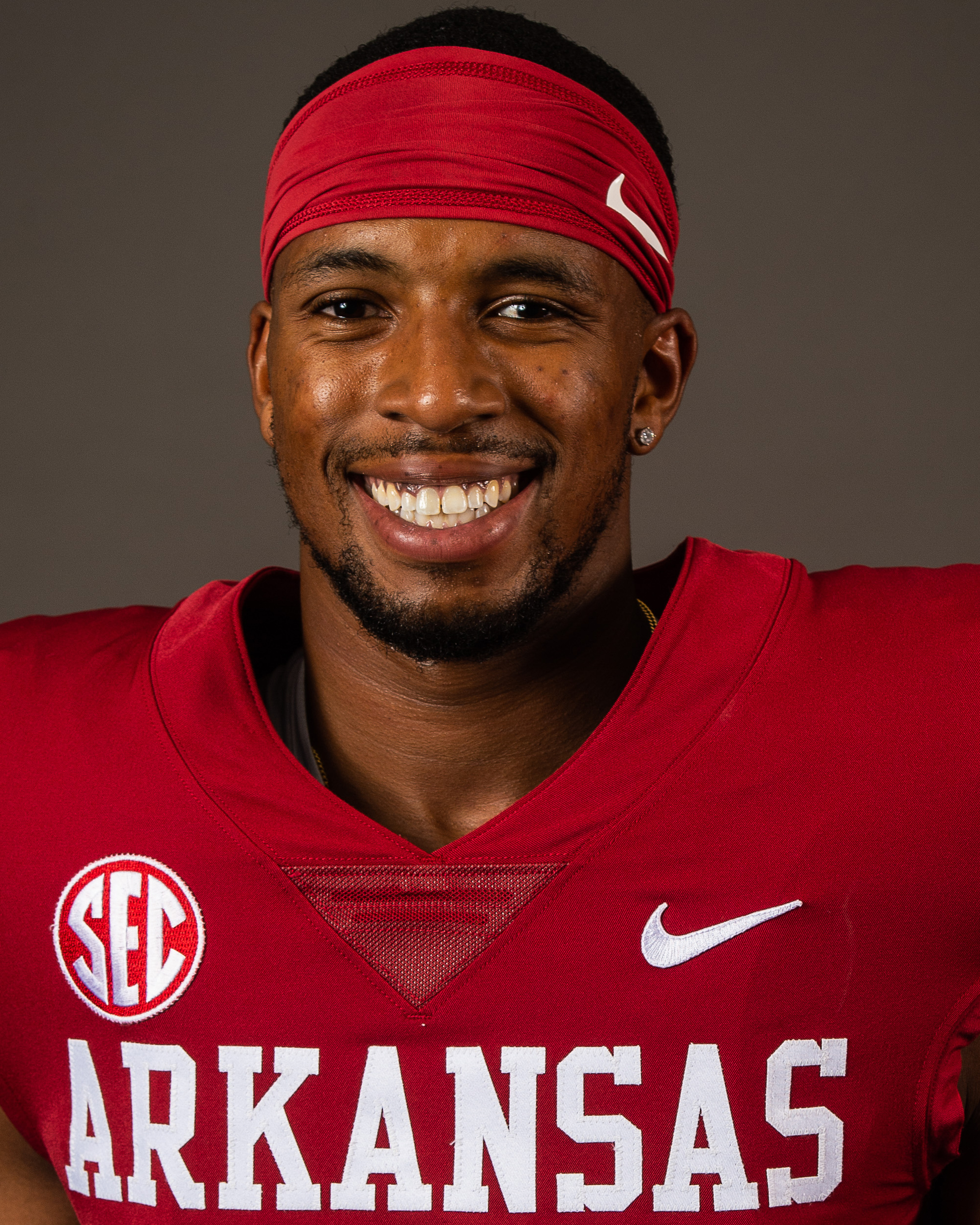 strong>PRIOR TO ARKANSAS: Played three seasons at Penn State, appearing in 17 games in three seasons … In 2020 as a redshirt sophomore, appeared in three games and did not record any statistics … In 2019 as a redshirt freshman, appeared in 10 games recording 20 tackles (13 solo), 1.0 tackle for loss and five passes broken up … Registered a career-high five tackles against Memphis in the Cotton Bowl … As a freshman in 2018, played in four games and redshirted, totaled one tackle in collegiate debut against Kent State.

HIGH SCHOOL: Tabbed a four-star recruit by ESPN and Rivals…Earned three stars from 247Sports…Ranked as the No. 56 cornerback and No. 80 player in Texas by 247Sports…Ranked as No. 36 cornerback, No. 50 recruit in Texas and No. 63 prospect in the region by ESPN … Rated the No. 29 safety and No. 45 player in Texas by Rivals … Two-time letterman for head coach Kirk Martin at Manvel High School … Two-time team captain … Guided the Mavericks to a 14-1 record in 2017 with the lone loss coming in the University Interscholastic League (UIL) 5A State Championship Gam e… Helped the Mavericks to a 13-1 record on the way to district and regional championships as a junior … Named second-team all-district as a junior … Accounted for 81 total tackles, including 60 solo, 10 pass breakups, two interceptions, two fumble recoveries and one forced fumble as a junior … Had 29 tackles and one pass deflected as a sophomore at Conroe Oak Ridge High School … Lettered twice in track and field.