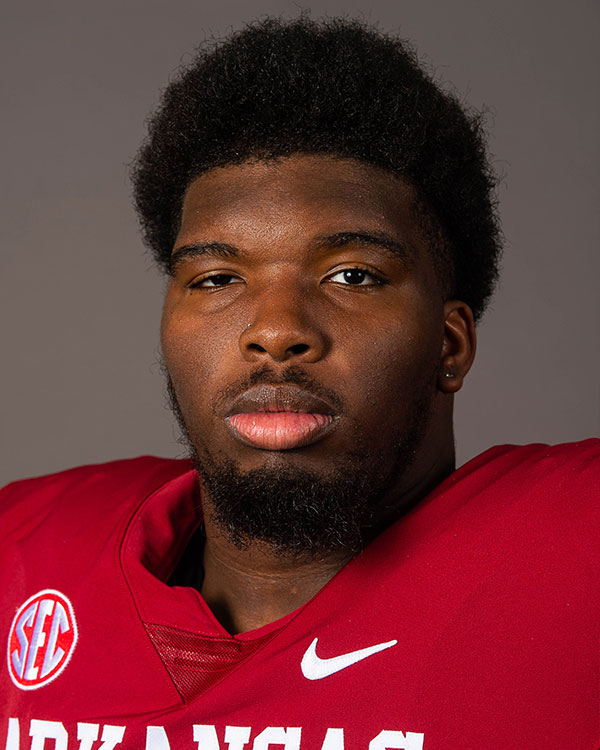 PRIOR TO ARKANSAS: Played his first season at Charlotte, playing in six games and started three on the 49ers the offensive line … Saw all of his action at right tackle, playing 151 snaps, according to Pro Football Focus … Did not allow a sack on 55 pass blocking plays … Turned in a season-high pass blocking grade of 76.5 against Duke.

HIGH SCHOOL: Four-star prospect by ESPN.com, 247Sports and Rivals.com … Had a reported 19 Power 5 scholarship offers … 247Sports ranks him as the 19th-best offensive tackle in the country … Carthage went 16-0 and won the 4A D1 state championship with a 42-28 victory over La Vega in his senior season … In his junior year, the Bulldogs were 14-1 and won their region in the state playoffs to reach the state’s 4A D1 semifinals.