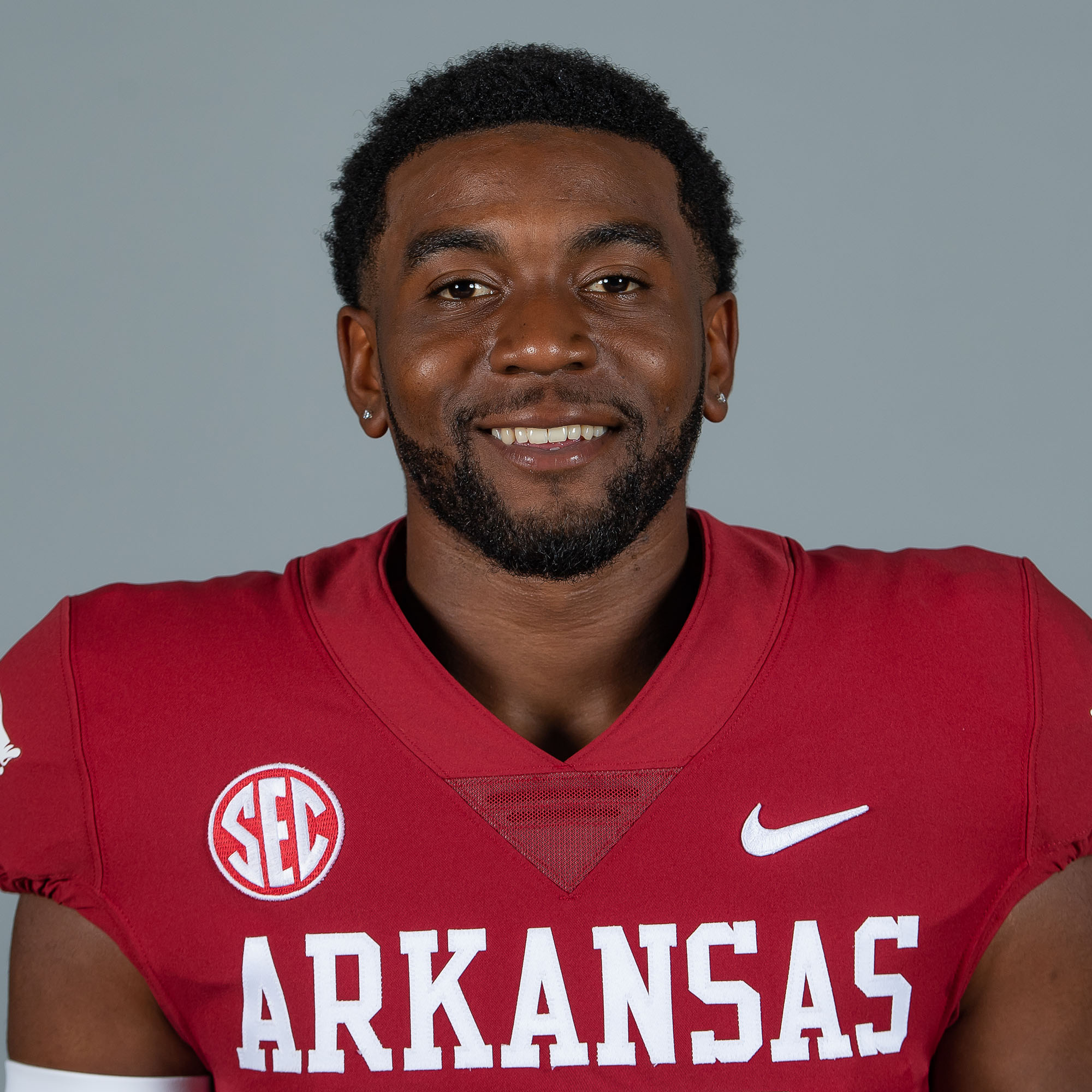 2020 (REDSHIRT SENIOR): Appeared in all 10 games, made seven catches for 67 yards (9.6 ypc) and scored one touchdown … Hauled in first catch of the year for six yards at Auburn (Oct. 10) … Registered season highs of two catches for 32 yards, including a 17-yard grab, in the win over Ole Miss (Oct. 17) … Recorded a reception for the third consecutive week and scored only touchdown of the year on a one-yard reception in the second quarter at Texas A&M (Oct. 31) … Finished the season making one catch against Florida (Nov. 14), LSU (Nov. 21) and Missouri (Dec. 5), tallying his second-longest catch of the year against LSU for 12 yards … According to Pro Football Focus, played in 433 offensive and 2 special teams plays … Posted a season-best run blocking grade of 77.4 against LSU.

2019 (REDSHIRT JUNIOR): Played in 11 games for the Razorbacks in 2019 … Totaled 351 plays, according to Pro Football Focus, seeing 240 snaps in the slot, while lining up 74 times out wide … Caught 13 passes for 155 yards, scoring once, averaging 11.9 yards per catch … Recorded a catch in each of the first seven games of the year, the only Hog to do so … Posted one reception in each of the first three games, followed by a season-high four catches for 60 yards against San Jose State on Sept. 21 … Found the end zone against the Spartans on a 30-yard pass from Nick Starkel in the fourth quarter, his longest reception of the season … Followed it up with two receptions for 26 yards against Texas A&M in Arlington on Sept. 28 … Hauled in a pass each against Kentucky (Oct. 12) and Auburn (Oct. 19), with his final catches coming against Mississippi State (Nov. 2), tallying two for 18 yards against the Bulldogs … Part of an offense that finished with 4,081 total yards and 28 touchdowns, including 2,315 yards and 14 scores through the air.

2018 (REDSHIRT SOPHOMORE): Played in 11 of 12 games for the Razorbacks in 2018 … Totaled 181 snaps over the course of his redshirt-freshman season, according to Pro Football Focus, with 82 coming on offense and 99 on Arkansas’ kick & punt return units … Caught four passes for 30 yards and a touchdown, averaging 7.5 yards per reception … Posted his first catch of his collegiate career on an 11-yard play vs. Alabama on Oct. 6 … Racked up his other three receptions against Vanderbilt (Oct. 20), going 19 yards … Earned his first touchdown of the season vs. the Commodores, scoring on another 11-yard pass from Ty Storey in the fourth quarter … Returned two kickoffs, one at Colorado State on Sept. 1 and another in the season finale at Missouri on Nov. 23 that was returned 19 yards … Also recorded one tackle on special teams against North Texas (Sept. 15).

PERSONAL: Born on March 23, 1998 … Son of Isaiah and Synetra Morris … Father, Isaiah, played basketball for Arkansas from 1990-92 and was a second-round pick in the 1992 NBA Draft to the Miami Heat … Has one sibling, Devin Morris … Signed with Central Oklahoma out of high school.