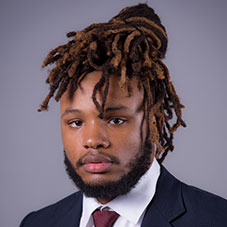 HIGH SCHOOL: An early enrollee who was a consensus four-star prospect by Rivals, ESPN, Scout and 247Sports … Was the top rated player in the state of Arkansas, No. 4 tight end and No. 123 overall prospect in the nation according to Scout … Ranked No. 218 in the ESPN 300, the third-best player in Arkansas and No. 6 tight end nationally by ESPN … Rivals listed him as the No. 5 player in Arkansas and No. 7 tight end in the country … 247Composite, a combined index of national recruiting rankings, ranked him No. 3 in Arkansas, No. 8 at tight end and the 205th-best player in the nation … Ranked No. 5 in the HawgSports.com Natural 21 … Earned second team All-ArkansasVarsity.com honors in 2014 … Caught 42 passes for 452 yards (10.8 avg.) and two touchdowns as a senior at Dumas … Played his junior season at Pine Bluff High School and recorded 47 receptions for 517 yards (11.0 avg.) and seven touchdowns … Helped Pine Bluff win the Arkansas Class 6A state championship in 2013 … Coached by Mark Courtney at Dumas and by Bobby Bolding at Pine Bluff … Also played basketball and baseball … Selected Arkansas over offers from Alabama, Auburn, Florida State, Georgia, LSU, Notre Dame, Oklahoma, Oregon, Penn State, Tennessee, Texas, USC, Ole Miss, Missouri, Nebraska, Oklahoma State, Washington, TCU, North Carolina, Michigan State, Louisville and others.

PERSONAL: Born on Sept. 23, 1996 … Son of Kelvin and Tenita Gragg … Brother, Chris, played tight end at Arkansas from 2008-12, was a seventh round selection of the Buffalo Bills in the 2013 NFL Draft … Cousin, Jarius Wright, played wide receiver at Arkansas from 2008-11, was an All-SEC First Team honoree in 2011 and currently plays for the Minnesota Vikings … Recreation and sport management major.