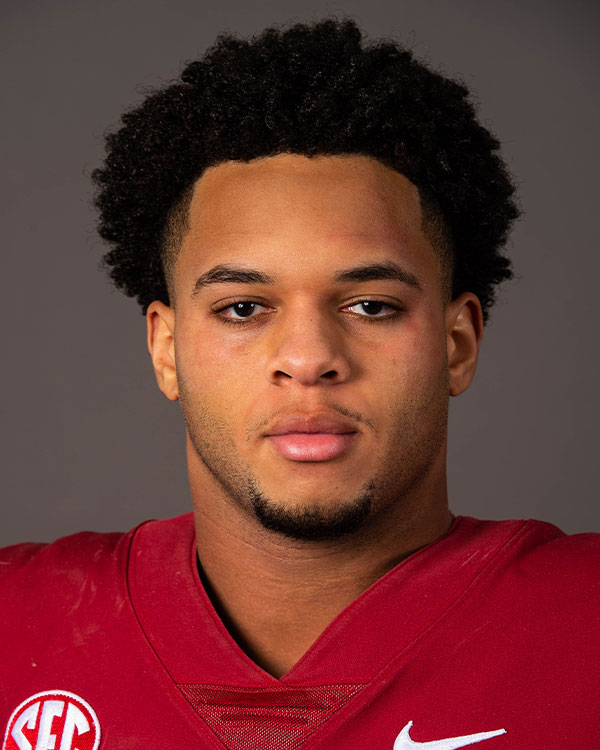 strong>2020 (SOPHOMORE): Played in nine games and made four starts on the defensive line … Registered 22 tackles (9 solo) with 1.5 tackles for loss, 1.0 sack and one quarterback hurry … Made a career-high seven tackles while also recording a career-best 1.5 tackles for loss and 1.0 sack in the season opener against Georgia (Sept. 26) … Wrapped up Georgia QB D’Wan Mathis for an eight-yard loss on his first career sack … Later in the game, combined with Bumper Pool for a half tackle for loss … Registered six tackles and made his first career start the following week in the win over Mississippi State (Oct. 3) … Logged four tackles at Auburn (Oct. 10), totaling 17 of his 22 tackles on the year in the season’s first three weeks … Recorded two tackles in the win over Ole Miss (Oct. 17) … Did not record any statistics at Texas A&M (Oct. 31) … Made one tackle in each game against Tennessee (Nov. 7) and at Florida (Nov. 14) and tallied his first career quarterback hurry against the Gators … Did not play against LSU (Nov. 21) … Registered one tackle at Missouri (Dec. 5) … Did not record any statistics in the season finale against Alabama (Dec. 12) … According to Pro Football Focus, saw action in 305 defensive and 40 special teams snaps … Posted five games with a tackle grade over 70, with a season-best 78.8 mark against Georgia.

2019 (FRESHMAN): Played in nine games as a freshman for the Razorbacks in 2019, primarily on the defensive line (130 snaps), while seeing a limited number of plays (14) on Arkansas’ special teams units … Totaled 12 tackles, six solo, registering a season-high four in his first SEC game at Ole Miss on Sept. 7 … Added two more stops against Colorado State (Sept. 14) and Kentucky (Oct. 12) … Posted a tackle against both Auburn (Oct. 19) and Alabama (Oct. 26), before tallying two more against Mississippi State on Nov. 2 … Notched tackling grades over 71.0 from PFF in every game with a mark, including a season-best 75.9 against Ole Miss to finish the year at 81.0 overall in the category.

HIGH SCHOOL: Four-star prospect by 247Sports and ESPN … Rated as the No. 15 weakside defensive end in the country by 247Sports … Ranked fourth overall player in the state of Arkansas by 247Sports and ESPN … Three-year varsity letterwinner at Joe T. Robinson High School in Little Rock, Arkansas … Racked up 97 tackles, 56 solo, with a team-best 31 for loss as a senior for the Senators … Also paced the squad in sacks with 17.0, totaling 165 yards lost on the plays … Caused five fumbles and recovered three, helping Robinson HS to a 12-3 overall record, falling in the 2018 Centennial Bank Arkansas state 4A football championship game on Dec. 8 … Invited to play in the Pro Football Hall of Fame World All-Star Bowl on Dec. 22 … Totaled 65 tackles as a junior, 34 solo and 28 for loss, with 11 sacks in 2017 … Forced two fumbles and recovered three, pushing the Senators to a 13-1 mark, as the only loss of the season came in the Arkansas state 4A semifinal game … CHOSE ARKANSAS OVER: Alabama, Florida, Georgia, Tennessee, Vanderbilt, California, Purdue, Texas, Texas Tech and others.