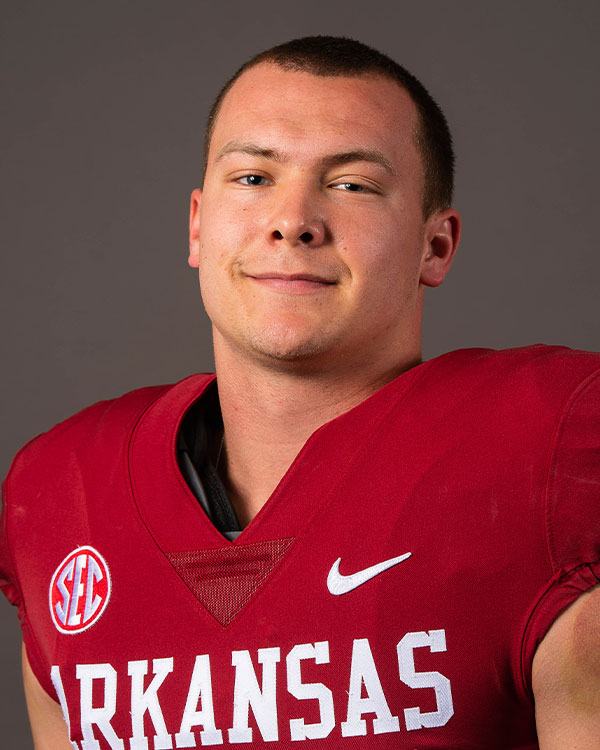 2019 (FRESHMAN): Played in the final four games of 2019 as a freshman for the Razorbacks … Totaled 17 plays, according to Pro Football Focus, seeing most of his time on special teams … Did not record any statistics.

High School: Four-star prospect by Rivals … Rated as the No. 22 outside linebacker in the country and 39th overall player in the state by Rivals … Three-year varsity letterwinner at Fort Bend Travis High School in Richmond, Texas … Racked up 98 total tackles as a senior, 80 unassisted, with six tackles for loss … Posted three quarterback hurries, two passes defended and two fumble recoveries, while also blocking a punt for the Tigers … Helped Fort Bend Travis HS to an 8-3 mark and a first round appearance in the 2018 Texas High School Football State 6A-I playoffs … Recorded 56 total tackles, 47 unassisted, with five for loss, including a sack, as a junior … Had a team-high two interceptions, with two fumble recoveries and one forced fumble in 2017 … Completed his high school career with 188 total tackles, averaging 6.3 per game, with 156 solo tackles and seven interceptions as a Tiger … CHOSE ARKANSAS OVER: Missouri, California, Purdue, Texas Tech, Boise State and others.