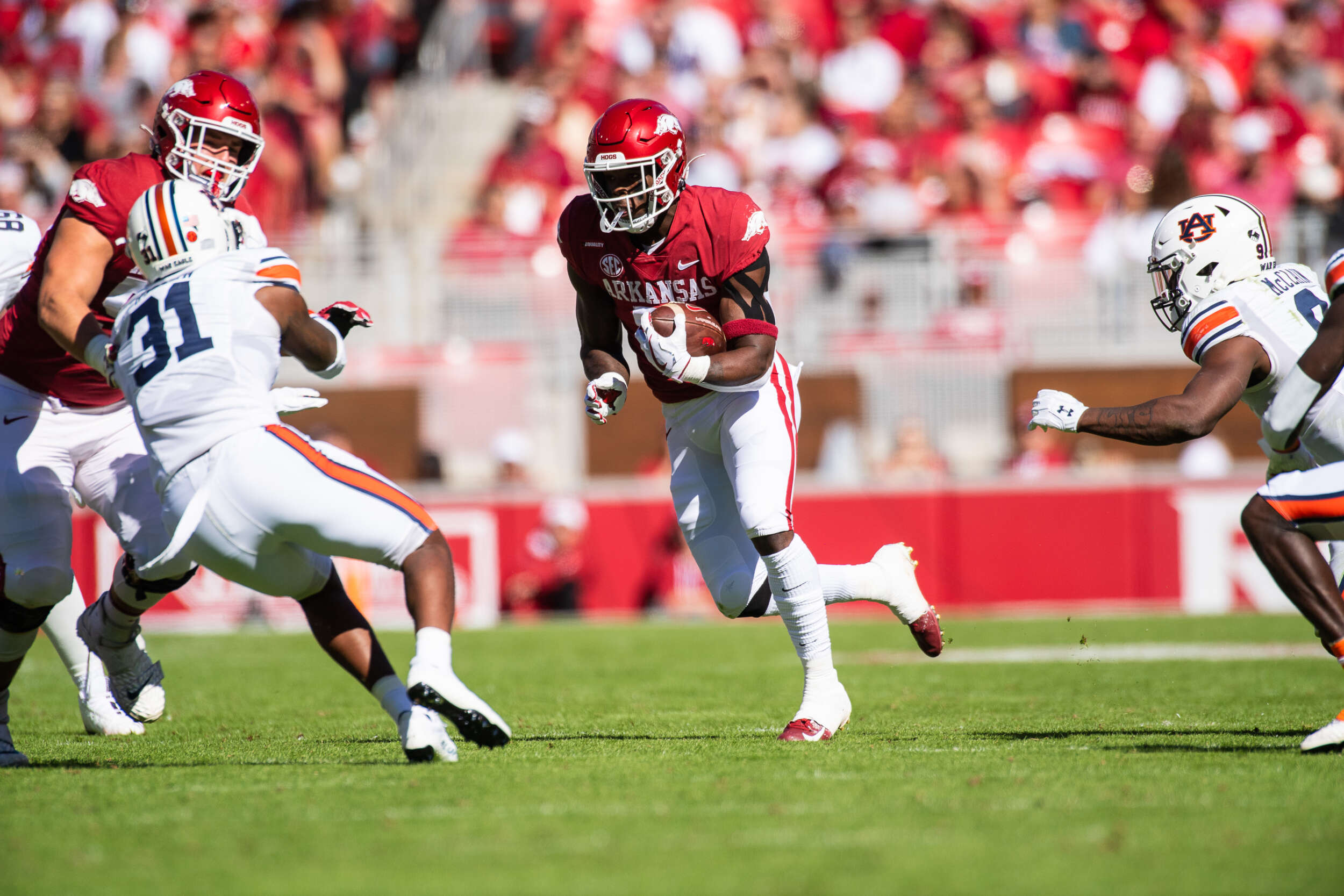 The Doak Walker Award is presented annually to the nation’s top college running back. Named for SMU’s three-time All-America running back Doak Walker, the award also requires candidates to be in good academic standing and on schedule to graduate within one year of other students of the same classification.

Sanders earned SEC All-Freshman honors from the league’s coaches after playing in all 13 games and finishing with 578 rushing yards (5.2 ypc) and five touchdowns on the ground while contributing 11 receptions for 109 yards and a score. The Rockledge, Fla. product was part of a Razorback rushing attack that saw four different Hogs gain over 500 yards for the first time since 1975. The tailback registered 706 all-purpose yards on the year and ranked second on the team in rushing yards. His 139 rushing yards against Ole Miss (Oct. 9) were the most by an Arkansas rusher during the season.

The PwC SMU Athletic Forum Board of Directors will name ten semifinalists in November, and three finalists, as voted on by the Doak Walker Award National Selection Committee, will be announced in November. The committee will cast a second vote in December to determine the recipient. The National Selection Committee consists of past recipients, former NFL All-Pro and college All-America running backs, media members and selected special representatives.

The recipient of the 2022 Doak Walker Award will be announced live on The Home Depot College Football Awards.

Arkansas opens the season at 2:30 p.m. Saturday, Sept. 3, against Cincinnati on ESPN. Season tickets are on sale now and can be purchased by clicking here or by calling the Razorback Ticket Center at (479) 575-5151.