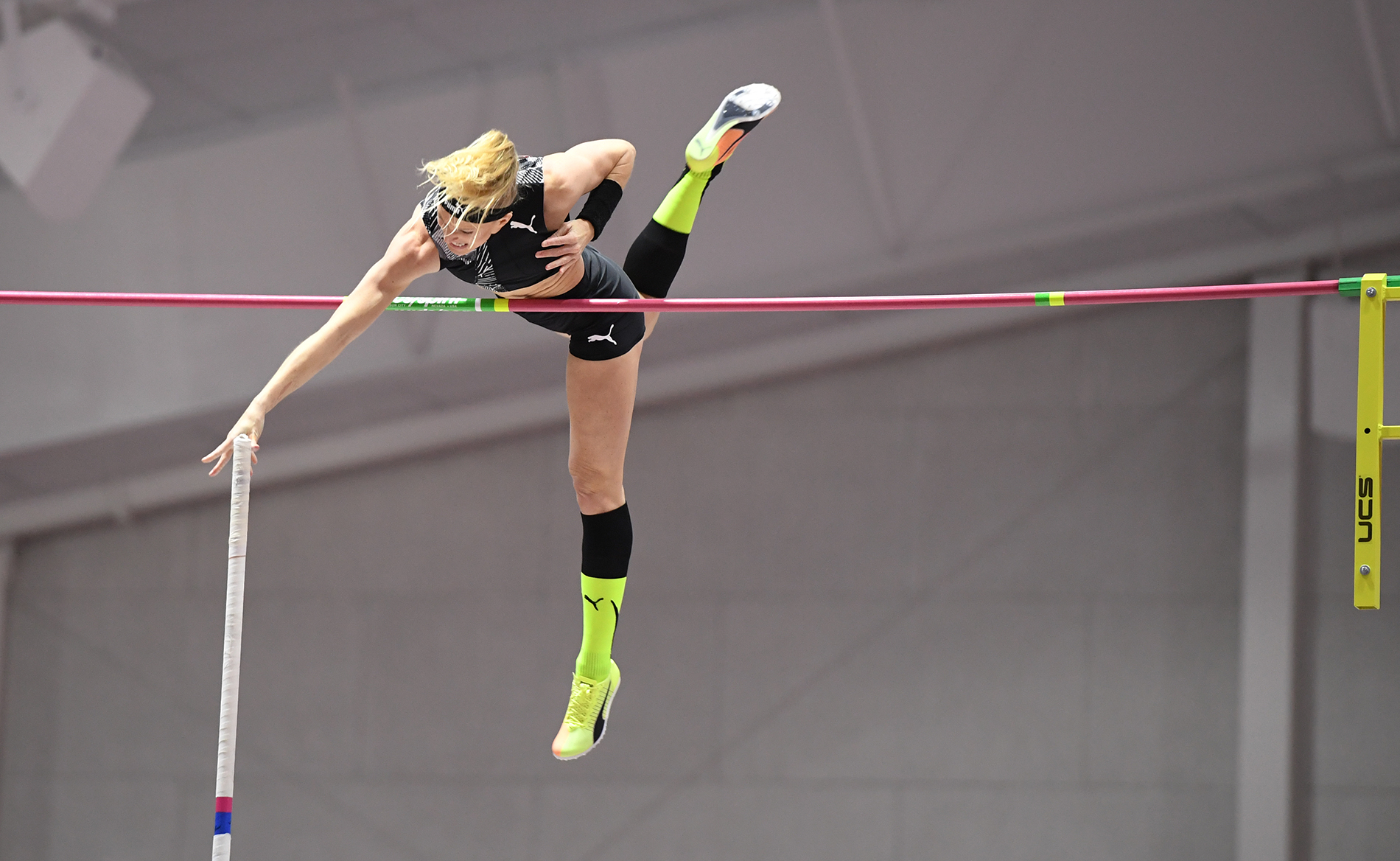 FAYETTEVILLE, Ark. – A week after opening her indoor season with a Randal Tyson Track Center facility record, Sandi Morris improved it to a world-leading height 16 feet (4.88 meters) to win the event during the American Track League 3 meet on Sunday.

“I’m super, super happy and this has been a great series already and I’ve only had two meets,” said Morris, who has an indoor career best of 16-2.75 (4.95) from 2016. “Really the goal of this has been to get comfortable on the new poles that I’m jumping on. I feel that I’m super confident now.

“The bars are just the icing on the cake. It’s really just to help set up my confidence with the outdoor season. I’m so happy, my husband and parents were here to watch it along with our crowd of cutouts. It was a special night, for sure, to break the facility record again on my home track. Because I haven’t gotten to jump here that often since I became a pro. So, this is very special for me.”

“After getting the facility record and the current world lead, there’s not much else to go for,” explained Morris. “Let’s just put it at 5.07, the world record, and take some looks at it. I was working on raising my grip tonight. I raised it about an inch and a half, and that doesn’t sound like much, but in pole vault raising your grip when you’re at the peak of your abilities it’s really, really difficult.

“I feel so confident, because everything we’ve been working on in training has been coming together and feeling really good. So, I think it’s going to be a big year.”

Cunningham, who attempted an American indoor record of 6-8 (2.03), improved her previous best of 6-6.25 (1.99) and now equals the third best U.S. performer with the equal third best performance on the indoor all-time list. For the 2021 indoor season Cunningham is currently second on the world list.

A career best was set by Shamier Little in claiming the 400m in 51.33 over a 52.12 from Shakima Wimbley in another section. Little, who trains with Arkansas assistant coach Chris Johnson, improved her previous indoor best of 51.74 set in 2016 at the NCAA Indoor Championships.