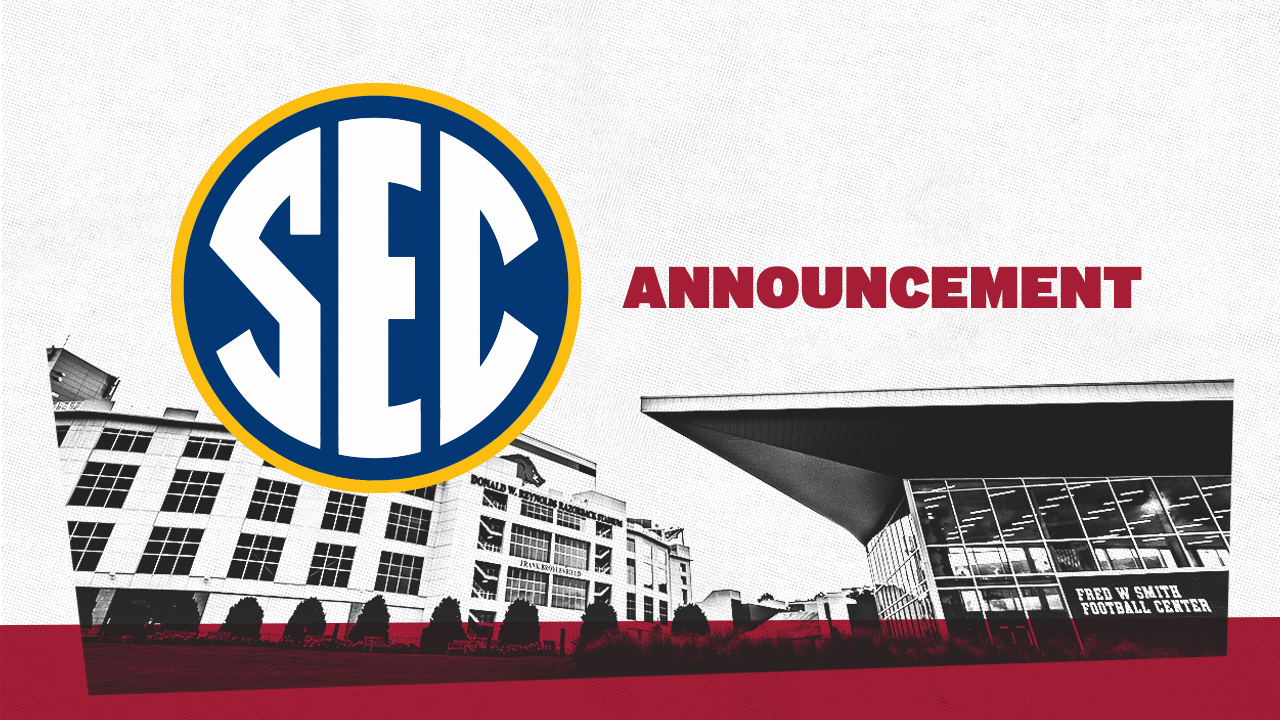 The 2020 SEC football schedule will be comprised of a 10-game Conference-only schedule and the SEC Football Championship Game will be played December 19 at Mercedes Benz Stadium in Atlanta, rescheduled from the original date of December 5.

“Throughout this process, we have worked collectively and diligently as a conference to pursue the opportunity for student-athletes to compete in their respective sports, while maintaining the health, safety and wellbeing of student-athletes, coaches, staff members and fans,” Arkansas Vice Chancellor and Director of Athletics said. “Overwhelmingly, our student-athletes at the University of Arkansas have indicated that they want an opportunity to compete. The thoughtful plan announced today by the SEC will allow us to push back the start of the football season, while also providing the ultimate flexibility to accommodate a 10-game conference schedule. There are still many details to be worked out, but this is a positive first step in allowing us to work toward a return to competition in a safe and appropriate manner.”

A revised schedule for the 2020 football season will be announced at a later date following approval by the Conference’s athletics directors. The 10-game schedule will include one mid-season open date for each school and an open date on December 12 for all schools.

The decision to limit competition to Conference-only schedules and rescheduling of the SEC Championship Game is based on the need for maximum flexibility in making any necessary scheduling adjustments while reacting to developments around the pandemic and continued advice from medical professionals.