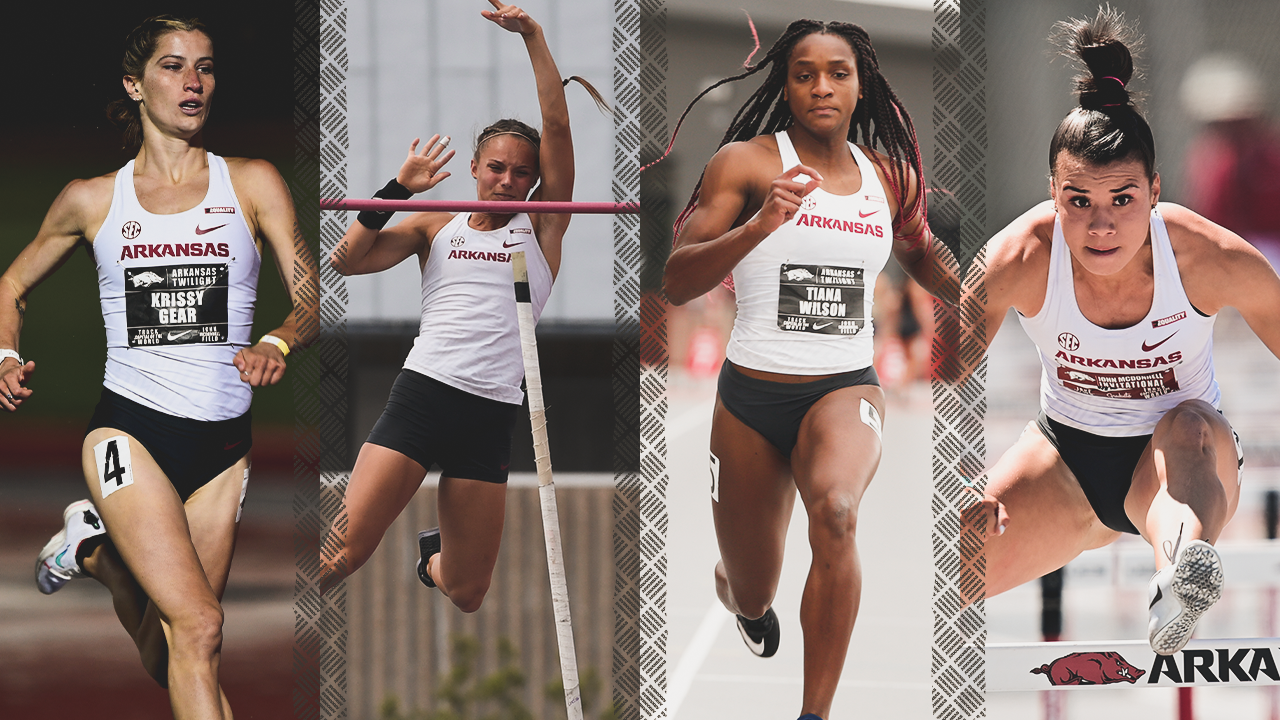 SEC Outdoor title defense next challenge for No. 2 Razorbacks

COLLEGE STATION, Texas – Championship season starts this weekend for the No. 2 Arkansas Razorbacks as they seek to defend their title at the SEC Championships hosted by Texas A&M at E.B. Cushing Stadium this Thursday through Saturday, May 13-15.

Arkansas enters the meet as the defending champion from 2019, when they completed a sixth conference triple crown. The 2020 SEC Outdoor meet was canceled along with the entire outdoor collegiate season due to the pandemic.

“The competition has just exploded in the conference over the past year, and I think part of that is due to covid with all the carryover and we have a double senior class now,” noted Razorback women’s head coach Lance Harter. “The depth is across the board.

“The SEC will really make a statement this weekend nationally as far as the quality with the performances. Now, it’s time to compete head-to-head, and those wins and losses are going to dictate the championship.”

Of the past 20 SEC meets held in cross country, indoor and outdoor track and field seasons, the Razorbacks have won 19 league titles and Arkansas has completed four SEC triple crowns during that span.

In returning to competition this past fall, the Razorbacks claimed an eighth consecutive cross country title, and then added a seventh consecutive indoor title. Arkansas has won five of the past six SEC Outdoor titles and a successful title defense this weekend would garner a seventh conference triple crown.

Texas A&M serves as an outdoor conference host for the first time since 2001 when they held the Big 12 Championships on the Frank G. Anderson Track Complex. Cushing Stadium will also serve as host for the NCAA West Preliminary round this season.

Arkansas men and women have previously swept SEC titles in cross country (2015) and indoor track (2020) in College Station, and this weekend marks the Razorbacks’ first opportunity in outdoor track and field.

The top-end quality of competition in the conference is displayed with SEC athletes having a NCAA leading mark in 10 events, with a pair each for Alabama, Arkansas, LSU, and Texas A&M.

National leaders among the Razorbacks include Nastassja Campbell in the pole vault (14-9 ½), as well as the 4×400 relay (3:26.63). Both marks were set during victories at the Texas Relays in late March and have maintained that position throughout the outdoor season.

Returning scorers from the previous SEC Outdoor meet also include Clark in the 5,000 (5th), G’Auna Edwards in the long jump (6th), and Meghan Underwood in the 1,500 (7th).