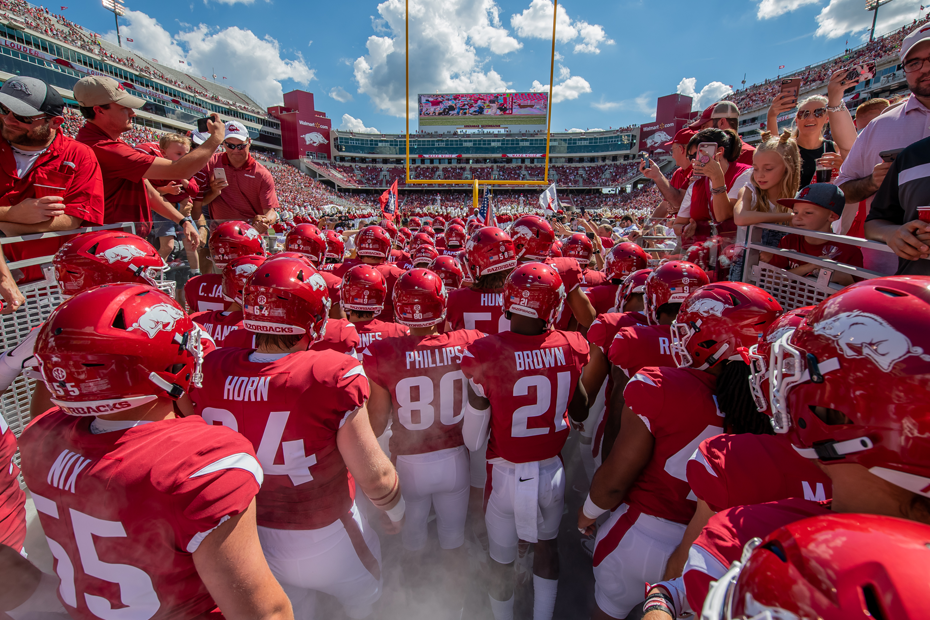 FAYETTEVILLE, Ark. – The Southeastern Conference announced the 2019 football schedules for all 14 schools on Tuesday, including the Razorbacks who will open the 2019 season at Donald W. Reynolds Razorback Stadium against Portland State.

Along with opening against the Vikings, Arkansas will host Colorado State, San Jose State, Auburn, Mississippi State and Western Kentucky in Fayetteville before wrapping up the regular season in Little Rock at War Memorial Stadium against Missouri.

The Razorbacks will visit Ole Miss, Kentucky, Alabama and LSU and square off against Texas A&M in Arlington, Texas at AT&T Stadium. The schedule also includes two open dates for Arkansas, Oct. 5 and Nov. 19.

The 2019 schedule features a trio of new opponents for the Hogs. Arkansas will play Portland State, San Jose State and Western Kentucky for the first time in school history. Arkansas’ fourth non-conference game will be a rematch against Colorado State. The SEC schedule will take the Razorbacks to Kentucky for the first time since 2008 in the first matchup against the Wildcats since 2012.