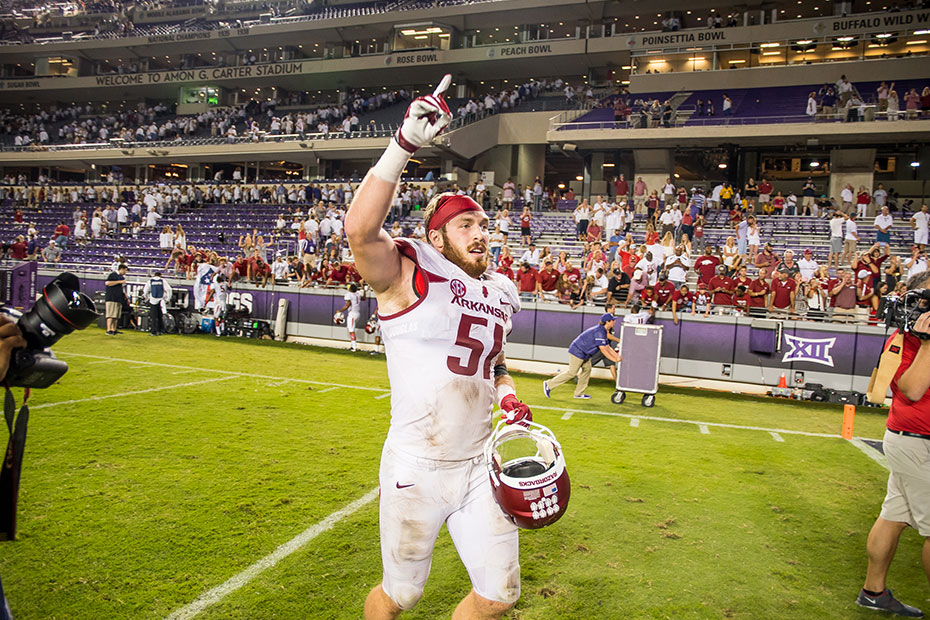 SEC Scholar-Athlete Of The Year

BIRMINGHAM, Ala. – Arkansas senior linebacker Brooks Ellis has been named the 2016 Southeastern Conference Scholar-Athlete of the Year, the league office announced Wednesday.

Ellis is the first player in program history to earn the honor since the award’s inception in 2003. The honor comes less than a week after Ellis became the first Arkansas football student-athlete in school history to earn Academic All-America honors twice in a career as he was named to the 2016 Academic All-America Division I football team as selected by the College Sports Information Directors of America (CoSIDA) on Dec. 1.

A three-time SEC Academic Honor Roll member and two-year team captain, Ellis carries a 3.82 GPA as a pre-professional exercise science major with aspirations of being a doctor after his playing days. In addition to his major, Ellis is on a pre-med plan and spent a week in Belize this past May with his biology classmates.

The Fayetteville, Arkansas, native was honored as one of 12 finalists for the 2016 William V. Campbell Trophy and a member of the National Scholar-Athlete Class on Tuesday night by the National Football Foundation (NFF) and College Hall of Fame at the 59th Annual Awards Dinner in New York City. Considered by many to be the “Academic Heisman,” the Campbell Trophy recognizes an individual as the absolute best football scholar-athlete in the nation. As a member of the NFF National Scholar-Athlete Class, Ellis received an $18,000 postgraduate scholarship, presented by Fidelity Investments.

On the field, Ellis led the Razorbacks in tackles during the regular season for the second straight year with 78 and also recorded a team-high 7.0 tackles for loss. For his career, he has totaled 285 tackles, including 22.5 for loss, 3.5 sacks, two forced fumbles, 13 pass breakups and four interceptions, returning one 47 yards for a touchdown during a win at then-No. 15 TCU earlier this season.