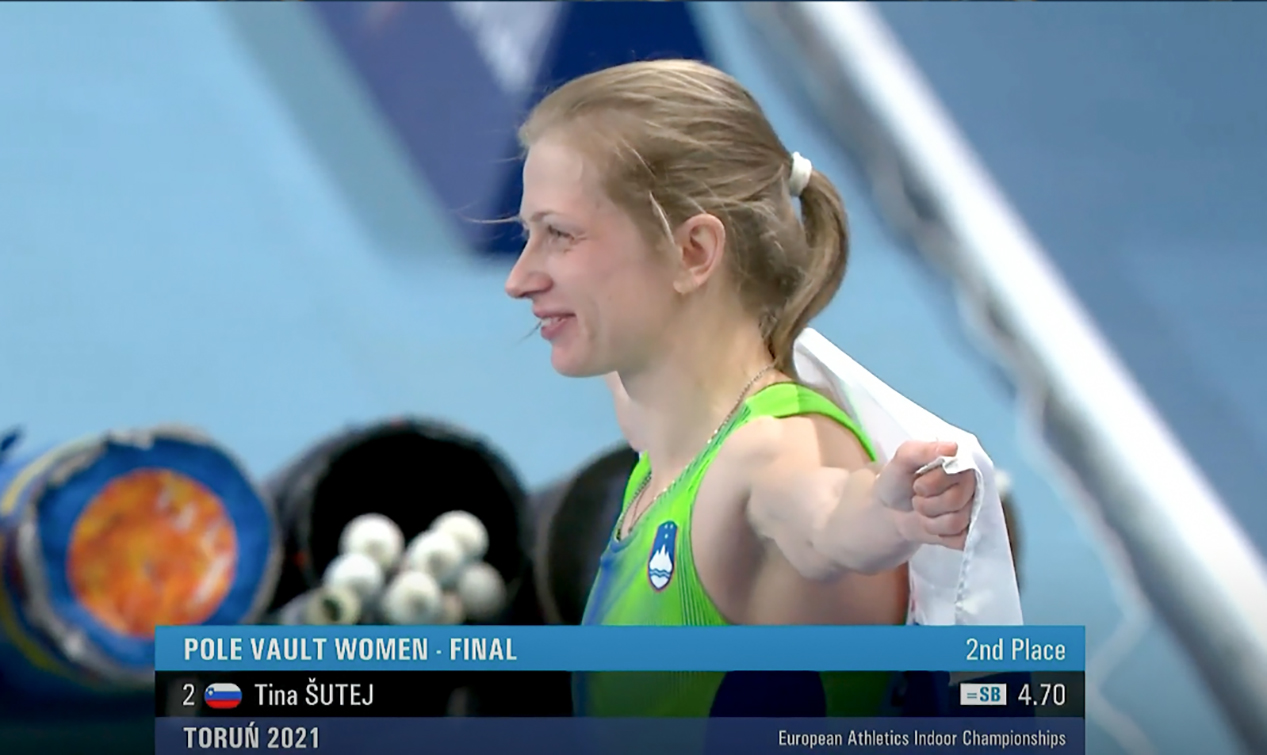 Toruń, Poland – Arkansas alum Tina Šutej earned a silver medal in the pole vault as she represented Slovenia during the European Indoor Championships on Saturday. Šutej equaled her season best height of 15 feet, 5 inches (4.70) to claim her first medal at this level of competition.

“This is my first major championships medal, I’m very satisfied,” noted Šutej, who was competing in her fifth European Indoor Championship and 17th season overall. “Regarding the result I did equal my season best, which is fine, but I believe that I’m ready to set a new national record.”

With two misses at 15-7, which equals Šutej’s outdoor national record, she passed to 15-9 (4.80) to move ahead of Angelica Moser of Switzerland, who made the 15-7 height on her second attempt.

“The goal here was to get a medal,” stated Šutej, who won a pair of NCAA Indoor titles as a Razorback and set a pair of collegiate records. “I didn’t expect this order, I thought Bradshaw or Zhuk, the Belarusian, would win not the Swiss vaulter Moser. She surprised everyone.”

A clearance on her first try at 15-5 moved Šutej into the lead as that height eliminated four of the six remaining vaulters. Britain’s Holly Bradshaw and Iryna Zhuk of Belarus were both clean with no misses through previous attempts and tied for the bronze medal when both missed 15-5.

“The track is great,” noted Šutej. “I had some struggles at first, but when I warmed-up it was amazing. It was good that we didn’t have a qualification round, because I managed to get more rest for the finals.”