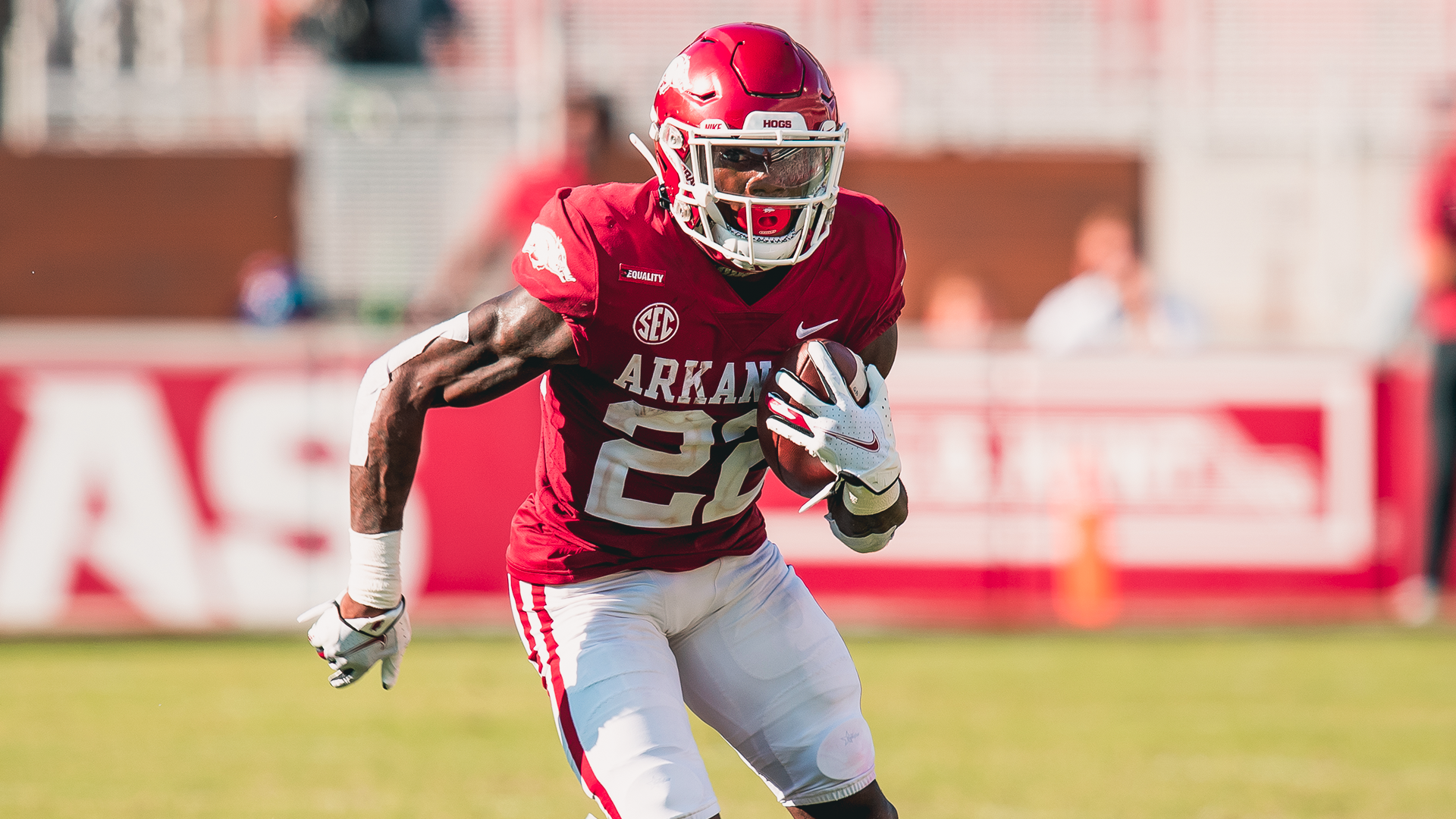 FAYETTEVILLE, Ark. – Arkansas’ Trelon Smith has been named to the watch list for the Doak Walker Award.

The PwC SMU Athletic Forum announced its preseason candidates for the award, which is presented annually to the nation’s top college running back, Wednesday morning. Named for SMU’s three-time All-America running back Doak Walker, the award also requires candidates to be in good academic standing and on schedule to graduate within one year of other students of the same classification.

Smith produced a team-best 710 rushing yards with five touchdowns on 134 carries (5.3 avg.) out of the backfield in 2020. The Houston, Texas, product, who played in all 10 games with four starts, finished with the squad’s third-most catches (22) for 159 yards and one score, tallying the second-most all-purpose yards (869) on the Razorbacks.

The tailback registered his first career 100-yard rushing game at Florida last season, gashing the Gators for 118 yards on eight carries as well as his first career rushing score. His career-long 83-yard touchdown run against Florida stands as Arkansas’ longest touchdown run against an SEC opponent since Joe Adams’ 92-yard run in 2011 against Auburn.

The PwC SMU Athletic Forum Board of Directors will name ten semifinalists in November, and three finalists, as voted on by the Doak Walker Award National Selection Committee, will be announced in November. The committee will cast a second vote in December to determine the recipient. The National Selection Committee consists of past recipients, former NFL All-Pro and college All-America running backs, media members and selected special representatives.

The recipient of the 2021 Doak Walker Award will be announced live on The Home Depot College Football Awards.

Smith and the Razorbacks open the season at home against former Southwest Conference rival Rice at 1 p.m. Saturday, Sept. 4, on SEC Network+/ESPN+. Season tickets are available now and can be purchased by clicking here or by calling the Razorback Ticket Center at (479) 575-5151.