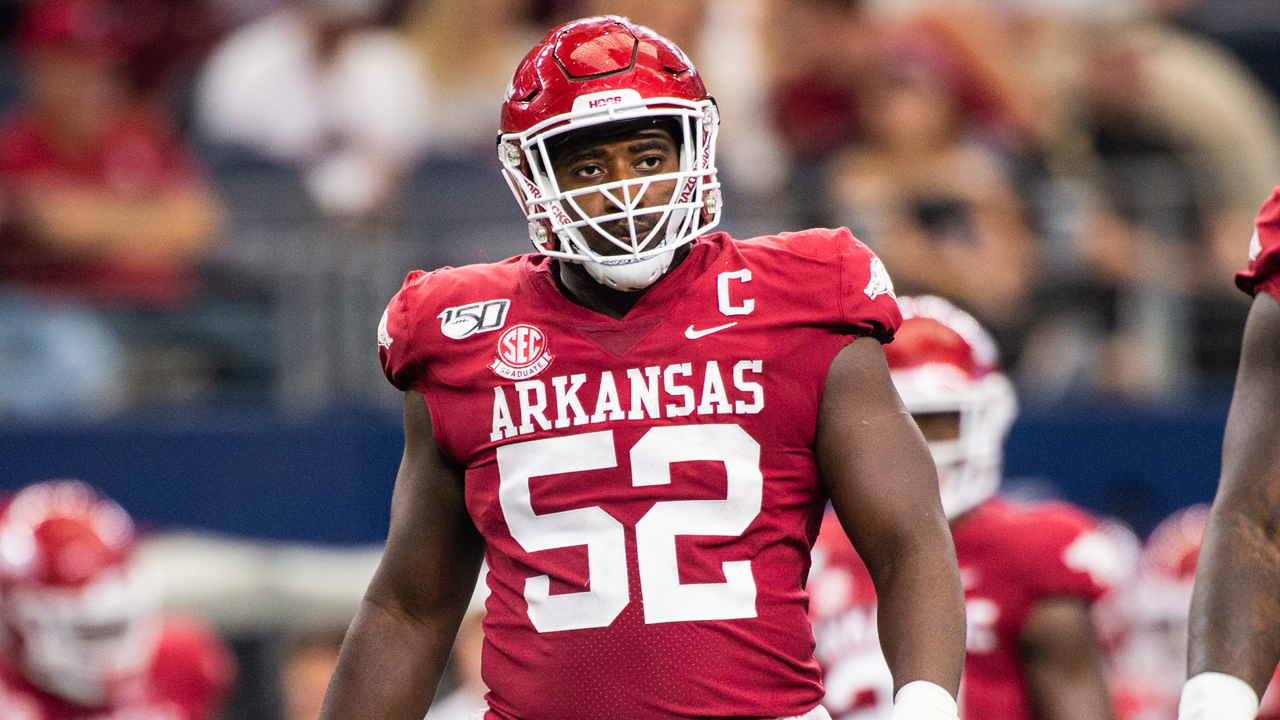 FAYETTEVILLE, Ark. – Arkansas football’s T.J. Smith has been selected to the 2019 Southeastern Conference Community Service Team, the second consecutive year to be honored with the award.

Smith, a senior defensive lineman from Moultrie, Georgia, has served alongside several organizations to help better the Fayetteville and Arkansas communities. He has participated in Lift Up America, visited with Boys & Girls Club children at post-practice events, worked with Blue Cross Blue Shield to help pack meals for families in need for the Fearless Food Fight and has visited Arkansas Children’s Northwest Hospital multiple times to lift the spirits of sick children.

Before the season, Smith was recognized as the first recipient of the Broyles Razorback Award, which will be given annually to a senior who best exemplifies what legendary Arkansas coach and athletic director Frank Broyles stood for as a Razorback.

Smith has also worked diligently in the classroom, earning First-Year SEC Academic Honor Roll accolades for the 2015-16 athletic year and was also awarded Fall Academic Honor Roll status by the conference after the 2017 and ’18 football seasons. He is also involved with the Arkansas Student-Athlete Advisory Committee (SAAC) and represented the Razorbacks as part of the SEC Leadership Council.

On the field, Smith started all 12 games in his final season as a Razorback at defensive tackle. He racked up 20 stops, five solo, with 4.0 for loss, including 2.5 sacks. He was also credited with three quarterback hurries and a forced fumble, coming against Texas A&M on Sept. 28.

The SEC names a Community Service Team for each of its 21-league sponsored sports, highlighting a student-athlete from every member institution who gives back to his community through superior service efforts.