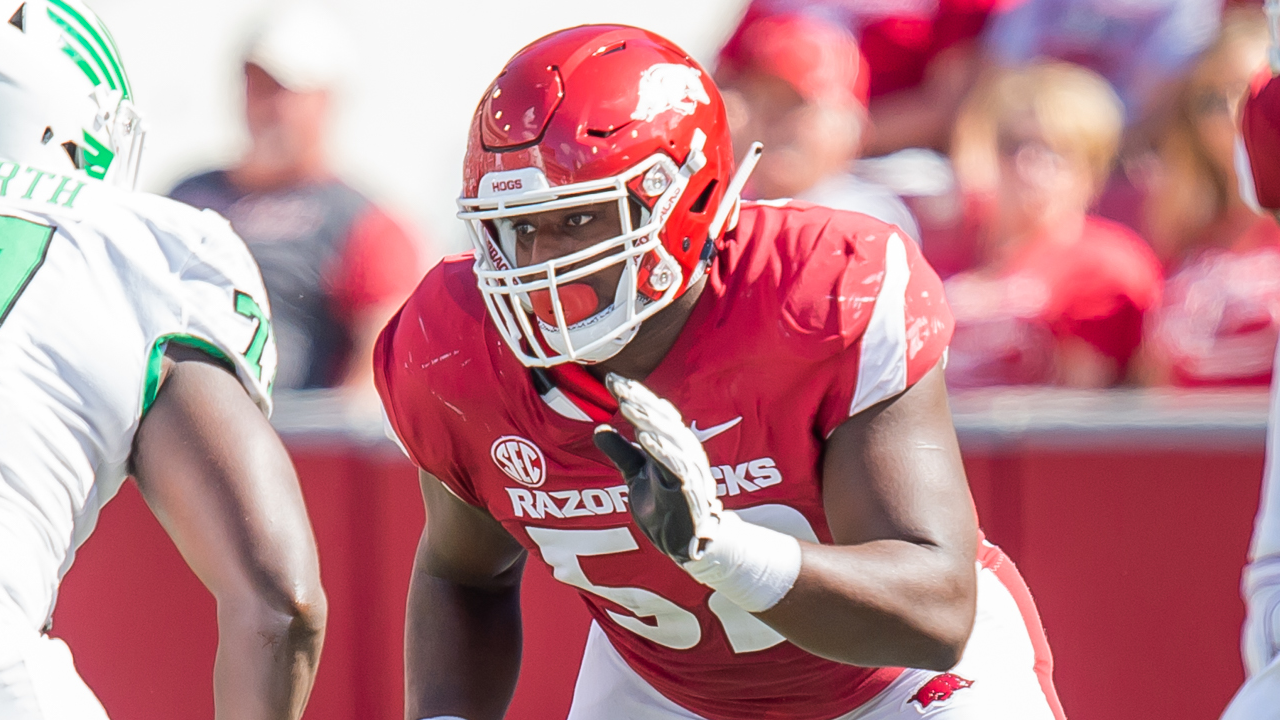 FAYETTEVILLE, Ark. – Arkansas football’s T.J. Smith has been named to the 2019 Wuerffel Trophy Watch List. The Wuerffel Trophy is presented by the Chick-Fil-A Foundation® to the college football player who best combines exemplary service with athletic and academic achievement.

Originally from Moultrie, Georgia, Smith played in all 12 games for the Razorbacks as a junior in 2018. He started 10 of the 12 games at defensive tackle, recording 26 tackles, 10 solo, with 3.5 tackles for loss (10 yards), including 1.5 sacks (6 yards). Smith had a tackle in all but one game in 2018, with multiple stops in 9 of those appearances. He posted a season-best four stops during the homecoming game against Tulsa, including a half-a-sack in the contest.

Off the field, Smith has stayed busy with his work in the community. He has participated in multiple Lift Up America events, helping sort food for the various volunteer groups across Northwest Arkansas, worked with the Boys & Girls Club, packed meals for families in need for the Fearless Food Fight and has visited sick children at the Arkansas Children’s Northwest Hospital, among other things. He is also involved with the Arkansas Student-Athlete Advisory Committee (SAAC) and represented the Razorbacks in Birmingham, Alabama, as part of the SEC Leadership Council. Smith was also recognized on the SEC Community Service Team.

The 51st Annual Wuerffel Trophy, presented by the Chick-Fil-A Foundation®, recognizes the semi-finalists for the award on Nov. 5, finalists for the award on Nov. 18th, and the winner of the award will be presented on Dec. 10, in New York, New York at the National Football Foundation’s Press Conference. On Dec. 12, 2019, the winner is invited to be a guest of the ESPN Red Carpet Show and the Home Depot College Football Awards Show at the College Football Hall of Fame in Atlanta, Georgia. On Feb. 14, 2020 the award recipient will also be presented at the 51st Annual Sports Association Trophy Awards Dinner in Fort Walton Beach, Florida.

Smith and the Razorbacks will open the 2019 campaign on Saturday, Aug. 31, against Portland State at 3 p.m. at Donald W. Reynolds Razorback Stadium.