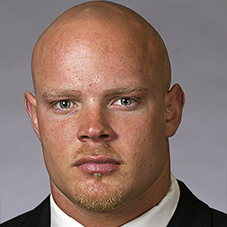 A critical piece to head coach Bret Bielema’s vision for the Arkansas football program, Ben Herbert enters his fourth season as head strength and conditioning coach. In just three years, Herbert’s passion and relentless desire to get the best out of his student-athletes has impacted results in the weight room and on the field.

With a focus on preparing Arkansas student-athletes for the next level, Herbert has helped develop 14 Razorbacks who were selected in the last three NFL Drafts, good for the fourth-most in the SEC during that span.

Herbert has worked with four All-Americans and 15 All-SEC selections since arriving in Fayetteville, including 2015 John Mackey Award winner Hunter Henry as the nation’s top tight end and offensive lineman Sebastian Tretola who was the recipient of the Jacobs Blocking Trophy presented to the SEC’s best blocker in 2015.

The results of Herbert’s training regimens have been evident in the latter stretches of each of the last two seasons, as Arkansas closed the 2015 campaign by winning six of its last seven games and three of its last four in 2014. Included in those late season surges are a pair of dominating bowl wins over Texas (Texas Bowl) and Kansas State (Liberty Bowl) in which the Razorbacks outscored their opponents by a combined 76-30 margin. Arkansas is the only SEC West program to win a bowl game in 2014 and 2015.

Herbert helped grow the 2014 and 2015 Arkansas starting offensive lines into the largest in any level of football, including the NFL. Behind their devastating offensive lines, the Razorbacks became the only FBS team with a pair of 1,000-yard rushers in 2014 and the only SEC program in 2015 with a 3,000-yard passer and 1,000-yard rusher. In addition, Arkansas has given up the fewest sacks during each of the last three seasons.

In his 15 total seasons at Wisconsin, he was part of 14 bowl appearances and five Big Ten championships. The Badgers claimed three straight Big Ten titles and became the first Big Ten team to appear in three straight Rose Bowls since Michigan following the 1976-78 seasons by making the trip to Pasadena following the 2010, 2011 and 2012 seasons.

During his time with Wisconsin, Herbert helped develop 41 NFL draft picks, including six first round selections. Defensive end J.J. Watt and offensive tackle Gabe Carmini were both taken in the first round of the 2011 draft, and offensive guard Kevin Zeitler was picked 27th overall by the Cincinnati Bengals in 2012. The Badgers also produced five national individual award winners, including 2012 Doak Walker Award recipient Montee Ball, 28 All-America honors and 48 All-Big Ten first team selections in his 11 seasons on staff in Madison.

Wisconsin’s work with Herbert was evident in the fourth quarters of games, when the Badgers outscored opponents 435-309 from 2009-12. The team’s strength and conditioning work also was apparent late in the season, as Wisconsin was 15-5 in games played in the month of November or later during Herbert’s four years as head strength and conditioning coach. The Badgers also outscored its opponents 856-442 in games played in November, December and January.

Herbert was a four-year letterman on the defensive line at Wisconsin, which won two Rose Bowls during his time as a student-athlete. He holds the Wisconsin bowl record for most tackle for loss and sacks yardage and is tied for the school’s bowl record for sacks after collecting 2.0 sacks for 20 yards lost in the 2000 Rose Bowl victory over Stanford.

A native of Pittsburgh, Herbert earned his bachelor’s degree from Wisconsin in 2002. He is a certified member of the National Strength and Conditioning Association (NSCA) and the CSCCa.

Herbert and his wife, Kelly, have two sons, Charlie and Thomas.