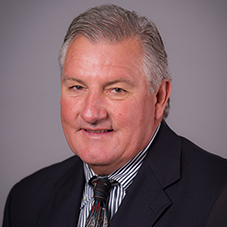 Bobby Allen is in his 20th year on the staff at Arkansas and fifth as director of high school and NFL relations.

Allen served two separate stints as defensive coordinator for the Razorbacks in 1998 and 2000. He has also coached the defensive line, linebackers, cornerbacks and free safeties. In 1998, Allen directed a Razorback defensive unit that ranked sixth nationally in rushing defense, 10th in turnover margin and 13th in scoring defense. In 2000, Allen helped guide a Razorback defense that allowed just 292.1 yards per game to lead the SEC and rank 12th nationally in total defense.

During the 2011 season, he oversaw a defensive tackles group that contributed 132 tackles, led by Byran Jones’ 47. The position group also added 9.5 tackles for loss and 11 quarterback hurries. Jones was named to the SEC All-Freshman Team. The defense ranked second in the SEC in sacks with an average of 2.85 per game that tied for eighth nationally.

Under Allen’s guidance, the Razorback secondary ranked among the best units in the nation in defending the pass in 2007. Arkansas led the SEC and was second in the nation in pass efficiency defense with a rating of 97.8 and ranked second in the SEC with 20 interceptions, including 11 by Allen’s cornerback unit. In addition, Michael Grant and Jerell Norton ranked in the top four of the conference’s passes defended category.

Allen began his coaching career at Colorado, where he served as a graduate assistant during the 1983 and 1984 seasons. After helping Minnesota to an Independence Bowl berth as a defensive secondary graduate assistant in 1985, Allen landed his first full-time position at Drake where he was the defensive coordinator from 1986-88.

Allen was a standout prep quarterback at Seneca Valley High School in Gaithersburg, Maryland, and earned the Washington, D.C., area Player of the Year award as a senior. He also excelled in baseball and basketball. Allen went on to earn three varsity letters while playing three positions — kicker, quarterback and outside linebacker — at Virginia Tech. He earned his bachelor’s degree in marketing from Virginia Tech in 1983.

Allen is married to the former Marcela Garcia. The couple has one daughter, Daniela, and three sons, Christian, Brandon and Austin. Brandon finished his collegiate career as Arkansas’ all-time leader with 64 touchdown passes in 2015 while starting his final 34 games as a Razorback and was taken by the Jacksonville Jaguars in the sixth round of the 2016 NFL Draft. Austin will enter his senior season in 2017 after leading the SEC with 3,430 passing yards and throwing 25 touchdown passes in 2016.