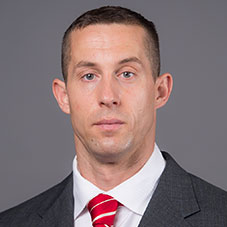 Soltis was a member of SMU’s strength and conditioning staff from 2013-17, working with the football program each of the last three seasons.

During his tenure with the Mustangs, he also trained the women’s basketball, women’s golf, men’s swimming and diving and men’s soccer programs.

Prior to his arrival in Dallas, Soltis served as graduate assistant strength coach at Marshall University, working primarily with men’s and women’s basketball as well as servicing several other Olympic sports. Before his time at Marshall, he interned at Baylor.