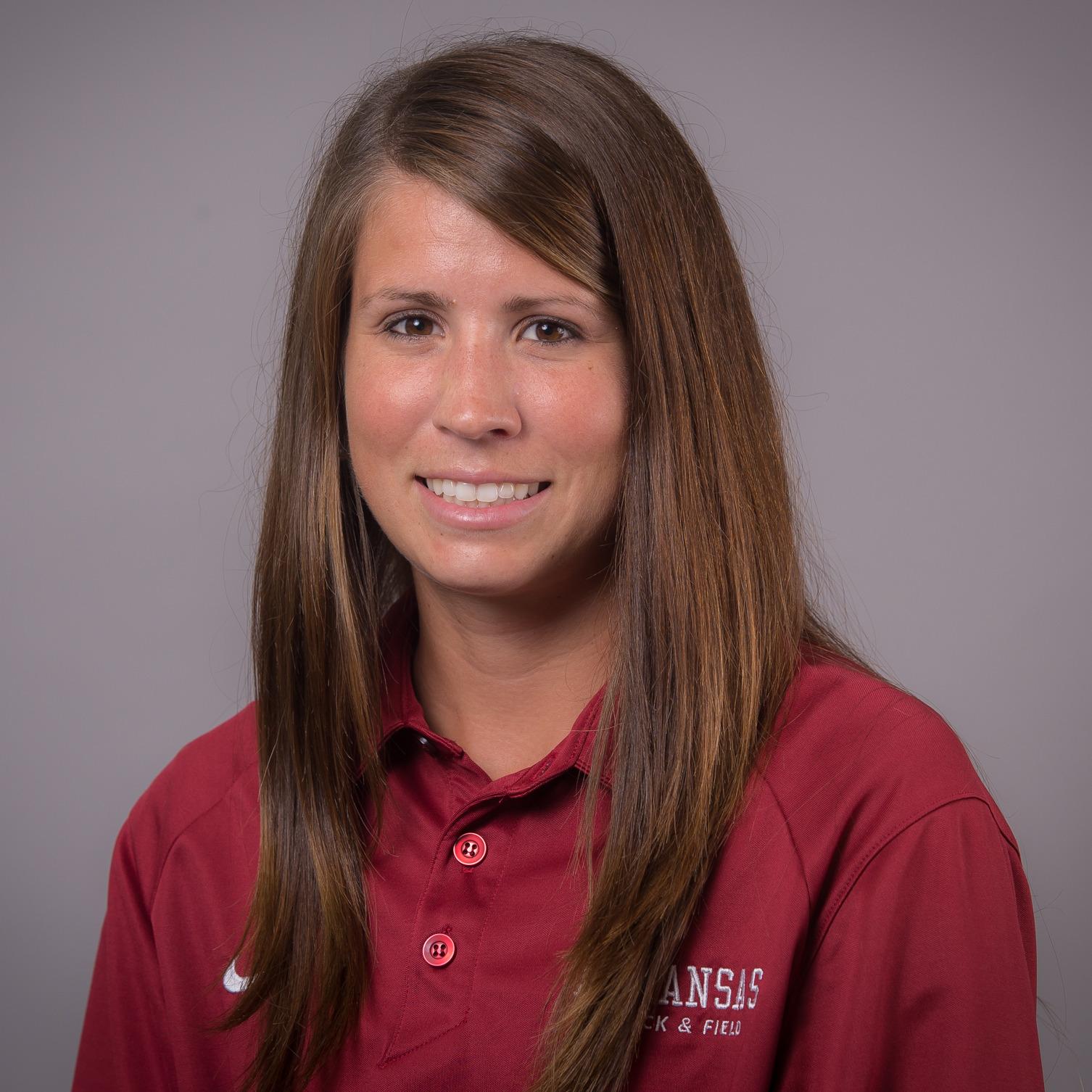 In her capacity as the Director of Track Operations, Elliott coordinates many of the behind-the-scenes aspects of the Razorback track and field program including coordination of travel, recruiting, student-athlete eligibility, team equipment and gear as she works in conjunction with the Arkansas coaching staff.

The Middlebury, Ind., native earned her B.S.E. in Kinesiology in 2010, majoring in P-12 Teaching Physical Education from the University of Arkansas and also completed her Master’s degree in Kinesiology/Exercise Science from the U of A in 2013 after serving as a graduate assistant. As a GA with the Hogs, Elliott was involved in practice structuring, individual workouts and on-campus recruiting. She was also heavily involved with the University of Arkansas Track Camps.

Elliott earned All-American honors in the steeplechase in 2008 and was an Academic All-American throughout her college career. She also served on the Arkansas Student-Athlete Advisory Committee (SAAC) and was a two-time team captain for both the cross country and track programs.

She earned SEC All-Academic First Team accolades every year of her collegiate career as well as being named to the Athletic Director’s Honor Roll all four years. She was also involved in the Fayetteville community, participating with the Arkansas Athletes Outreach (AAO) and Sweat Hawgs program. She also took part in the Lee Spencer Cup, given annually to the Arkansas team which demonstrates the strongest commitment to life skills initiatives, academic success and athletic excellence.

Elliott prepped at Northridge High School where she was a four-time First Team All-State performer. She finished among the top 13 at the IHSAA State Cross Country Meet all four years of her high school career and was part of four conference and sectional championship teams and six squads that earned regional titles.

Megan and her husband, Rick, were married in June 2014 and the couple resides in the Fayetteville area with their sons Otto and Rhodes.