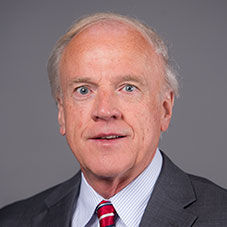 A veteran in coaching and administration with more than 30 years of experience in college football, Randy Ross serves as coach Chad Morris’ Director of Football Operations.

Prior to coming to Fayetteville, Ross spent 11 years at SMU, where he served as the Sr. Associate Director of Football Operations, including three seasons under Coach Morris.

In his role, Ross coordinates team travel, office management and administration, handles game-day responsibilities and serves as a liaison with athletics and university departments.

Ross is no stranger to SEC football having spent 17 seasons at Alabama including the last four as Director of Football Operations. He was an assistant coach from 1993-96 under Gene Stallings as well as the Crimson Tide’s recruiting coordinator from 1990-98. He then spent one season in Alabama’s development office before moving back to the football office in 2000 as the Director of High School Relations.

Prior to his time in Tuscaloosa, Ross was quarterbacks coach at Vanderbilt for three seasons.

Following his collegiate career at St. Bernard College, where he played baseball and earned All-Southern States Conference honors in 1975, Ross began his coaching career at Gaston High School before moving to Gadsden’ Southside High School in 1976.

He served as Southside’s head coach for nine seasons and then moved as head coach at Scottsboro High from 1985-86. He coached 15 players who later played college football, including former Tide quarterback David Smith. Ross was selected his area’s Coach of the Year in 1980 and 1983. His 1980 squad finished 12-1 and was ranked third in the state.

Ross is married to the former Ann Lowe.