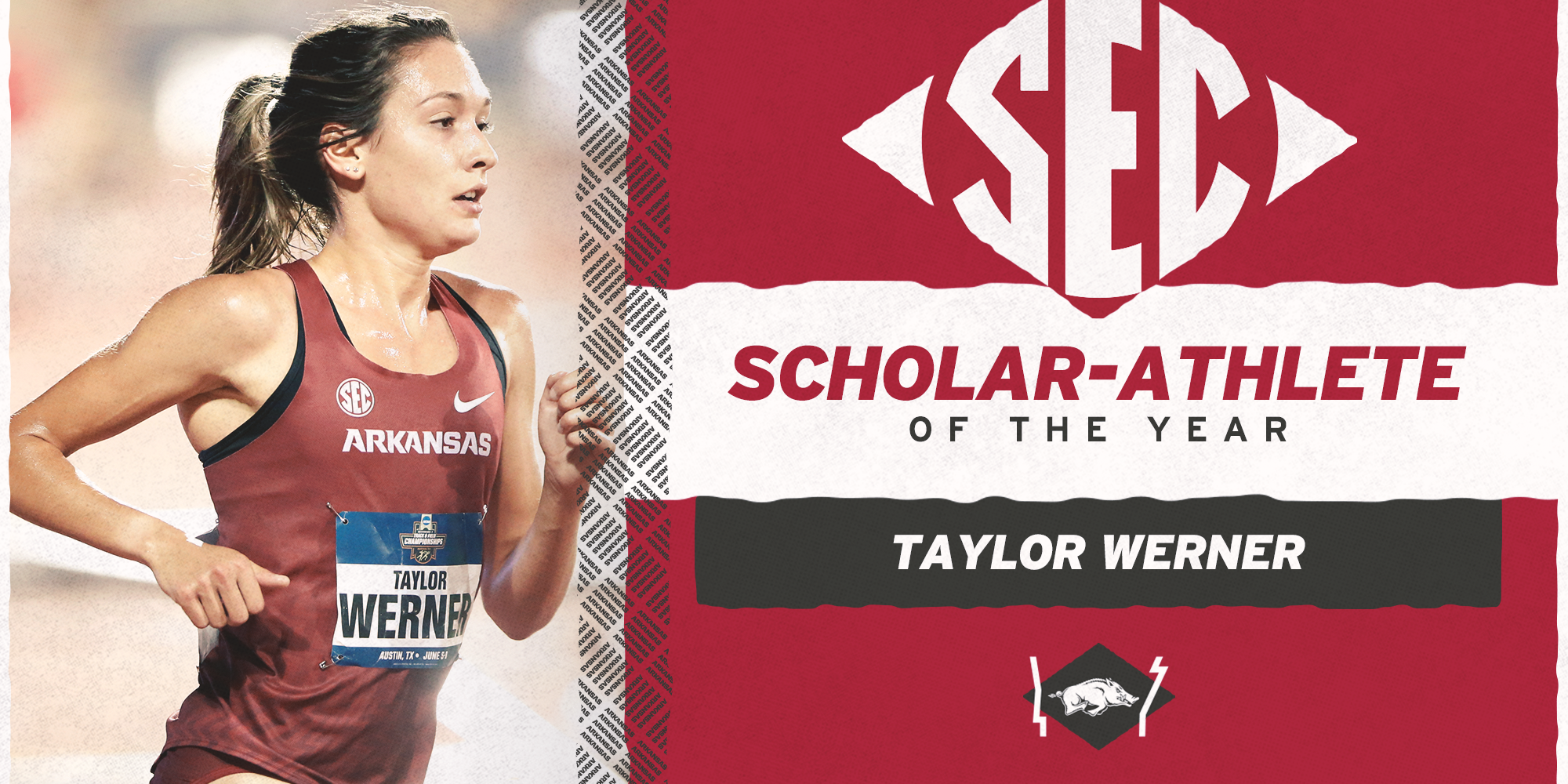 The only other person to claim a pair of women’s SEC Outdoor Scholar-Athlete of the Year honors was Tennessee’s Sarah Bowman in 2008 and 2009.

This is the fifth time a Razorback female has garnered this SEC award for outdoor track and field since it began with the 2004 season. Previous recipients included: Maureen Scott (2004), Tara Diebold (2012), Alexis Weeks (2017), and Werner (2019).

Werner achieved a 3.967 grade point average in Kinesiology: Exercise Science. The senior from Ste. Genevieve, Mo., is a member of the SEC Academic Honor Roll and last fall became the first female athlete to twice be named SEC Cross Country Scholar-Athlete of the Year.

Werner capped off the 2019 outdoors season as silver medalist in the NCAA Outdoor 5,000m and finished fourth in the NCAA 10,000m.

The SEC recognizes a Scholar-Athlete of the Year in each of its 21 sponsored sports.