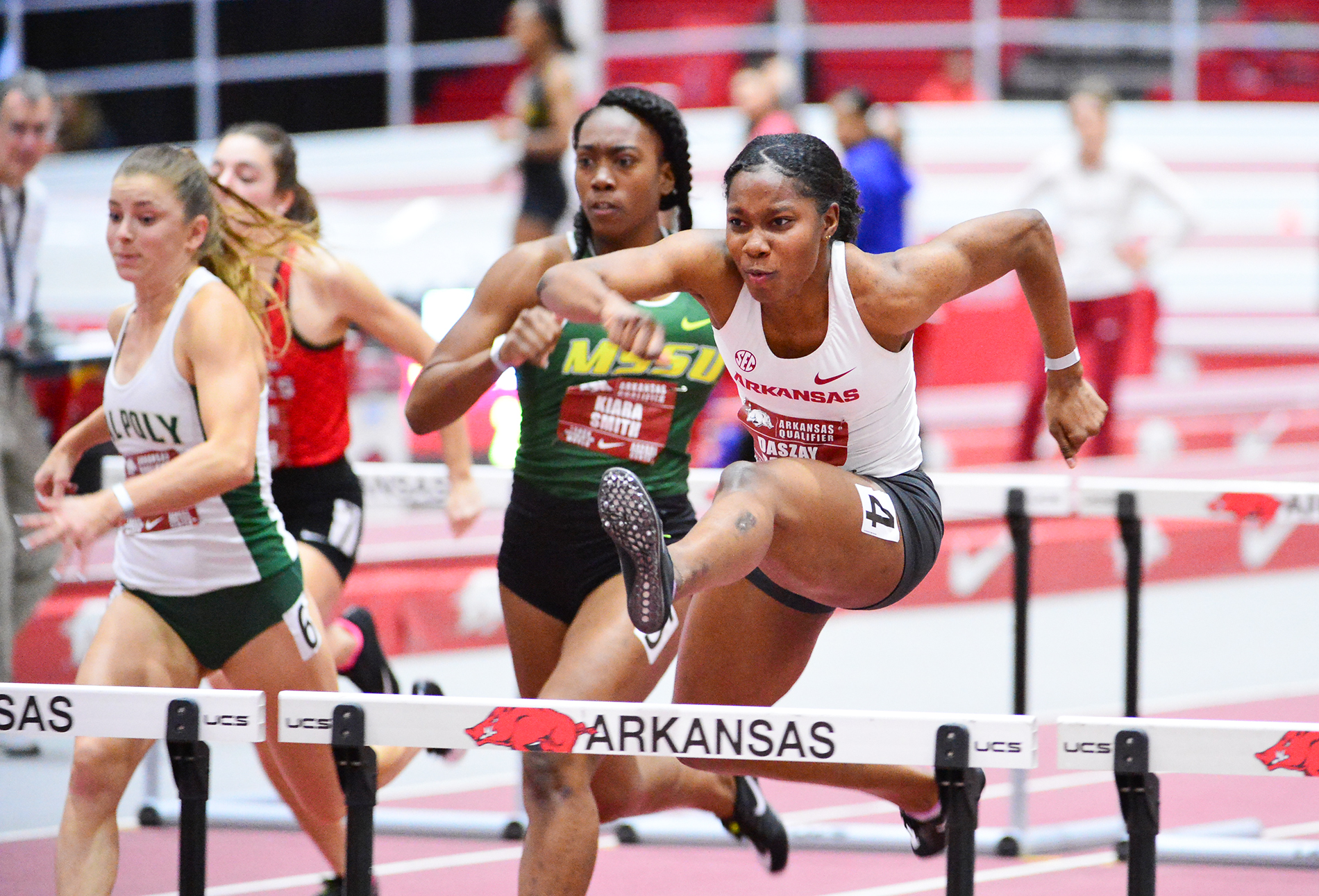 FAYETTEVILLE, Ark. – The No. 3 Razorbacks generated three victories along with posting the top collegiate finish in a pair of events to highlight the Arkansas Qualifier on Friday inside Randal Tyson Track Center. It was the final home indoor meet for the Razorbacks, who will compete in the SEC Indoor Championships next weekend.

“I think if we call it a last chance qualifier, it served its purpose,” said Arkansas women’s head coach Lance Harter. “Our sprint crew is continuing to jell, it’s relatively young, and they seem to be coming on as the season progresses. I think they’re ready to take advantage of this momentum into the SEC meet.

“Our distance crew is fine-tuning, basically, or had the time off to really try to capitalize on the challenges they are going to face next week as well.”

Individually, Wilson placed second in the 400m with a career best of 52.77 as she moved to No. 9 on the Arkansas all-time list.

“I knew I had to execute, and this would be the meet before SECs where I would have the chance,” noted Wilson. “I had some really great competition that helped push me. I executed the race, like I had talked about with my coach, and it went great.

“In the relay, our splits were pretty good this time. We went out there, gave it our all, and just got the job done. I’m so excited for SECs, and I can’t wait to compete.”

Wilson finished second to professional Shamier Little, who set a meet record of 52.54, with teammate Burks-Magee, a section winner, in third with a 53.48 while Peoples, who also won her section, placed fifth in 53.88 behind alum Sparkle McKnight (53.54).

The 800m created career best times for a trio of Razorbacks, who were led by Carina Viljoen as she finished second in 2:07.36 behind the winning time of 2:06.72 by Oklahoma State’s Kaytlyn Larson. In third place, Kennedy Thomson bettered her indoor best with a 2:09.04. Shafiqua Maloney finished fifth as her 2:11.16 set the national record for St. Vincent, bettering a 2:12.23 set by Kineke Alexander on an oversized track in 2009.