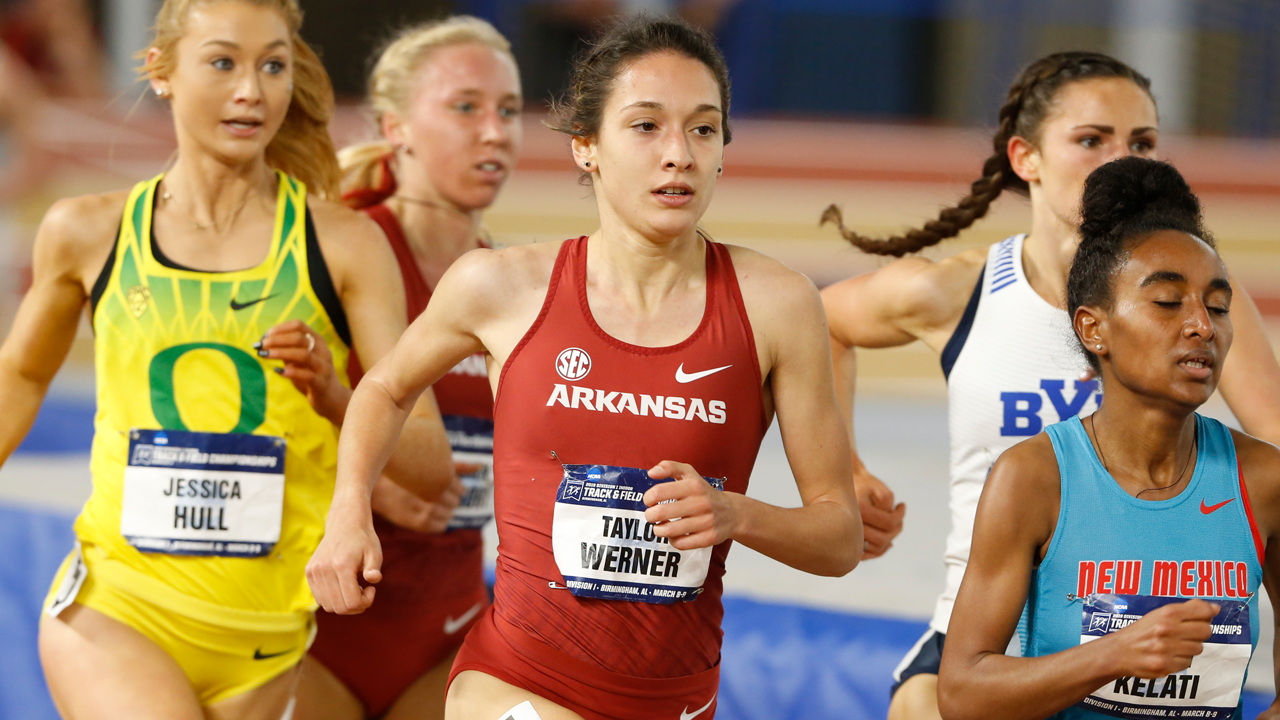 FAYETTEVILLE, Ark. – Three Razorbacks will compete in the pole vault at the New Mexico Collegiate Classic in Albuquerque on Saturday while a crew of Arkansas alums travel to New York City for the 113th Millrose Games.

Taylor Werner, a redshirt this indoor season, will race at 3,000m in the Millrose Games. She will be joined at the prestigious meet by Arkansas alums in various events. The pole vault includes Sandi Morris, Tori Hoggard and Lexi Jacobus. Racing in the hurdles are Janeek Brown and Payton Chadwick while Nikki Hiltz competes in the mile.

A future Razorback in the Millrose Games is Taylor Ewert, who has entered the women’s mile racewalk (11:15 a.m.) and high school girl’s mile (4:06 p.m.). The senior from Beavercreek High School in Ohio has already earned a qualifying time for the Olympic Trials in the 20k race walk and holds numerous junior records in the discipline.

So far, Ewert has claimed five Ohio state titles among cross country, indoor and outdoor seasons. In the mile she has a best of 4:48.01 outdoors and 4:51.97 indoors from last year’s Millrose Games.

Morris, the 2016 Olympic silver medalist and 2018 World champion, headlines a field of six vaulter as they start competition at 2:35 p.m. Jacobus, a four-time NCAA champion, and Hoggard, the 2019 NCAA Outdoor champion, sport the second and third best vaults in the field behind Morris.

A sold-out Armory Center combined with NBC’s nationally televised audience makes for an exciting experience at the famed meet, which is referred to as the world’s premier indoor track and field event. Overall, 31 Olympians will be competing in the Millrose Games this season.

Coverage of the elite portion of the meet will be available on NBC from 3 to 5 p.m. (CT) on Saturday, with extended coverage available through subscription service USATF.TV from 10:35 a.m. to 3 p.m. Live results from the Millrose Games is available at results.nyrrmillrosegames.org.