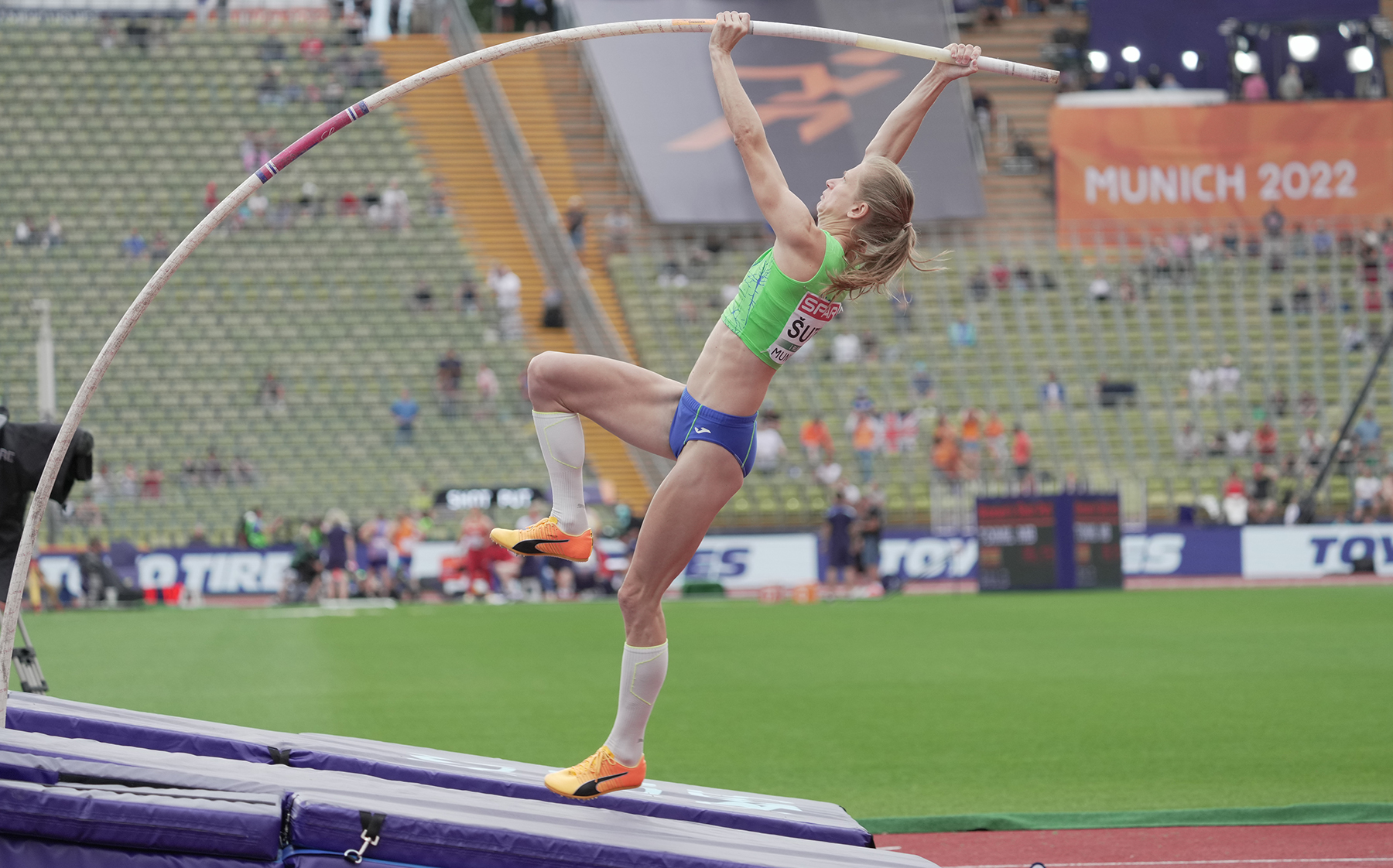 MUNICH, Germany – On Monday, Arkansas alum Tina Šutej advanced to a third outdoor pole vault final in her sixth appearance at the European Outdoor Championships, which are being held in the 1972 Olympic Games host venue.

Including Šutej, five vaulters in group B cleared 14-9.25 while four managed that height in group A. Three of the eight who cleared 14-5.5 advanced based on misses.

Two-time defending European champion Katerini Stefanidi of Greece, needed a third attempt to get over 14-5.5 and then managed to clear 14-9.25 on first attempt.